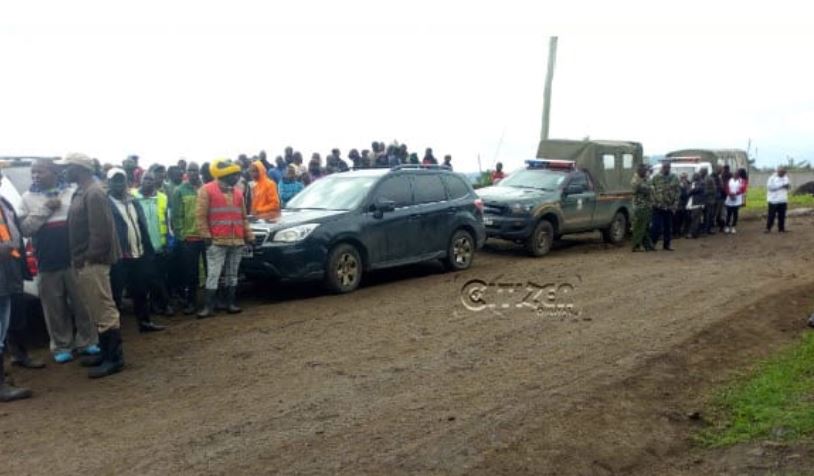 Police have fatally shot a gunman linked to the murder of two women in Katani, Machakos County last weekend.

Detectives gunned down the suspect at his home in Katani on Wednesday morning and recovered two AK 47 rifles. According to reports, the guns belong to a GSU officer.

The weapons were reportedly used in the cold-blooded murder of a 60-year-old woman and her 35-year-old daughter-in-law on Saturday. Spent cartridges recovered from the murder scene matched the guns found in the suspect’s home.

Detectives also arrested a GSU officer who was linked to the gun.

The team of detectives from the Special Crimes Prevention Unit is also pursuing a second police officer linked to the murder.

Reports indicate that it was after ballistic tests were conducted that led the officers to the arrested colleague and subsequent shootout with the deceased suspect.

According to unverified sources, the prime suspect had been hired to kill Ann Katita and her daughter-in-law Purity Wanjiru.

Fredrick Mwangi, a son and husband of the two women respectively, was also shot and injured in the leg during the attack outside their homestead at Kambi estate.

Katita was opening the gate for the couple when two men riding on a motorbike attacked them.

The assailants shot the two women in the head, killing them on the spot. They reportedly shot the mother first before turning the gun on the businesswoman.

Loading...
‘Silverstone for Life’: Akothee Defends Embattled Airline < Previous
How Online Casino Games Are Becoming Progressively Popular in Kenya Next >
Recommended stories you may like: