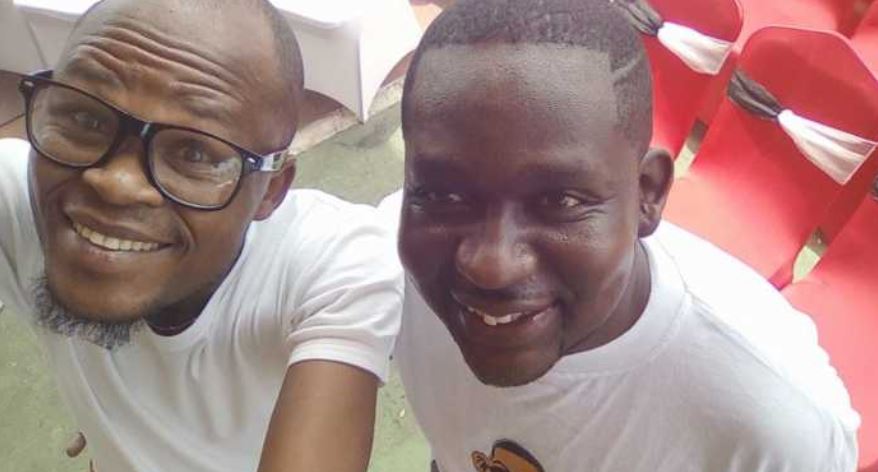 Comedian Ben Maurice Onyango, popularly known as Othuol Othuol, has paid homage to the few people who came through for him following his T.B diagnosis in February this year.

Top of the comedian’s list of friends who helped him in his hour of need is Kenya’s godfather of comedy Daniel Ndambuki alias Churchill.

“I finished my medication late September and I’m still recovering. I thank Churchill for paying my hospital bill,” he said.

“Jalang’o and Luolikali group also helped me pay my rent for the months I hadn’t paid.”

Othuol Othuol noted many friends deserted him after he fell sick. “I lost many friends. Very few came through for me,” he said.

“Comedian Karis took me to hospital when I had no one to help me. He used to take me to hospital every day for treatment. Japheth Oduk was also there for me.”

The funnyman who is also an actor in local production ‘Auntie Boss’ also attributed his success to comedians Kajairo, Pengle and Jalang’o.

“Jalang’o has been supportive of my comedy journey and he paid for my first temporary passport to Uganda back in 2010,” he said.

Othuol Othuol further revealed he was once an alcoholic but is now a recovered addict. “Being alcoholic affects one in so many ways. I lost friends, respect and jobs,” he said.

It’s nearly two years now since he embraced sobriety and he hopes to get a job on radio.

“Please, Patrick Quarcoo, give me a job in your company,” Othuol said.

Quarcoo, popularly known as PQ is the founder and CEO of Radio Africa Group, which is the umbrella company that runs KISS 100, Classic 105, X FM, Radio Jambo, East FM, the Star newspaper and KISS TV.

Loading...
The Top Stories on the Internet Today (Friday October 11) < Previous
New KeMusic: Khaligraph and his brother Span KOB Bring the House Down with Rap Banger ‘Me Siogopi’ Next >
Recommended stories you may like: