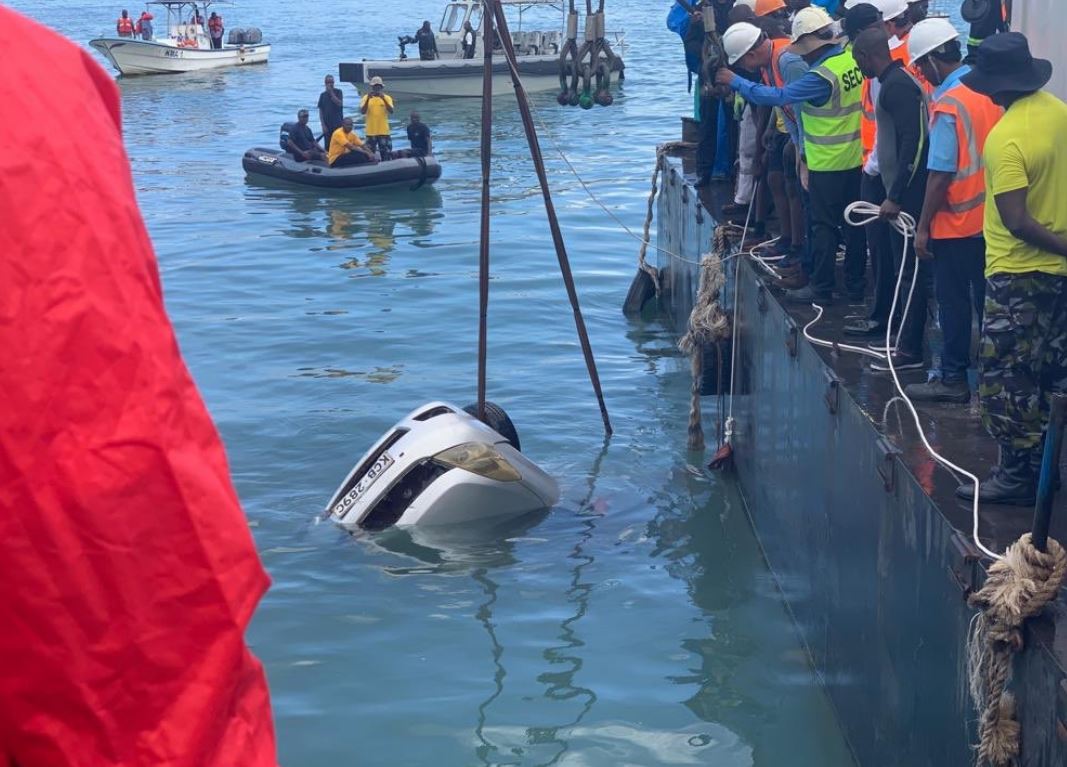 After nearly 2 weeks in the water, the car that plunged into the Likoni channel has finally been retrieved.

Kenya navy pulled up the vehicle from the water at around 4pm Friday.

The car slid off a ferry on September 29 and sunk 58 metres deep into the sea in full view of the nation. Since then, various efforts to locate and retrieve the bodies have been unsuccessful, and it was not until Wednesday that the navy, using sonar equipment and underwater cameras, was finally able to find the car. 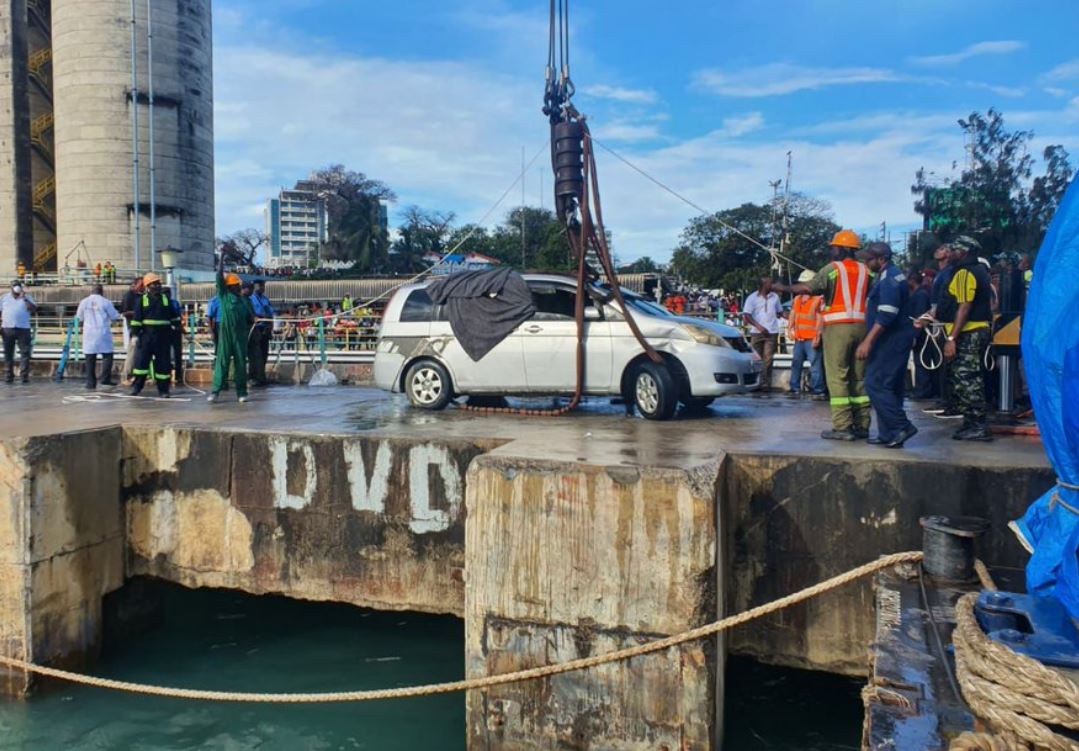 According to reports, the bodies of Mariam Kighenda, 35, and Amanda Mutheu, 4, were also pulled out of the water. It is unclear whether they were inside the car.

The exercise turned out to be a major testing ground for Kenya’s navy, particularly because this year’s Mashujaa day will be hosted in Mombasa, with the Navy showcasing their skills.

Here’s a video of the retrieval.

Loading...
PHOTOS of the Silverstone Air Crash at Wilson Airport < Previous
Eliud Kipchoge Makes History by Completing Marathon in Under 2 Hours Next >
Recommended stories you may like: