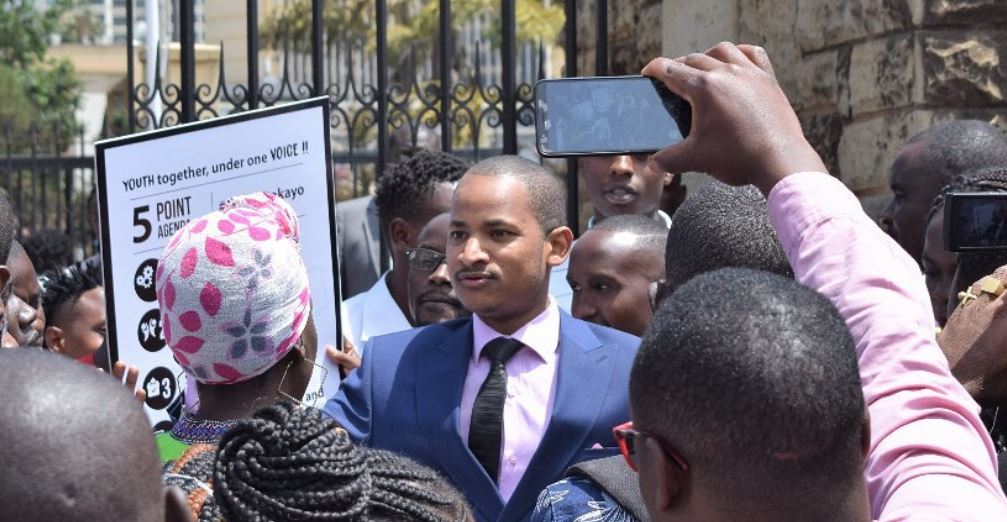 “We will light a fire under their buttocks!”

This is a promise made by outspoken Embakasi East MP Babu on Thursday as he rallied his electorate to join him in a peaceful demonstration against NSSF Chairman and the Ministry of Lands.

He will then lead his constituents to the Ministry of Lands where they will eject more officials from office.

“I will be leading residents of Embakasi East Constituency in a peaceful demonstration that will begin at the NSSF where we will eject the Chairman General Julius Karangi at 9:30 am. From there, we will head to the Ministry of Lands to eject the officials from office.

“These people are incompetent and are working hand in hand with cartels to frustrate the hard-working people of Embakasi East,” said Babu Owino.

According to the lawmaker, NSSF sold land to residents in his constituency over 15 years ago but have never released the respective titled deeds.

“People took loans and sold assets in order to buy this land only to be scammed by people who are still sitting pretty in Government offices,” said Babu in a statement.

“Tomorrow, we will light a fire under their buttocks and they will learn that you cannot sit on the sweat of honest Kenyans!” he asserted.

Loading...
Panic as Manufacturer Recalls ‘Sure’ Condoms Citing Quality Concerns < Previous
What is the Best Betting Site in Kenya? Next >
Recommended stories you may like: