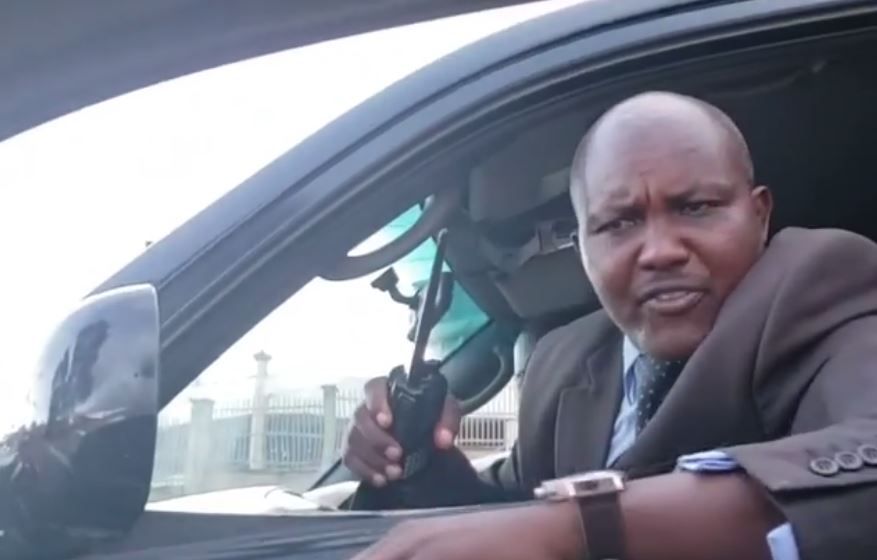 Activist Boniface Mwangi once again tapped into his unmatched courage as he attempted to block a VIP motorcade on Monday. However, the only problem with his noble act against impunity is that he tried to block Raila Odinga’s motorcade.

Taking to his socials yesterday evening, Boniface Mwangi published a video of his altercation with an aide in the lead car of Raila’s convoy.

The video shows the car approaching Mwangi’s, with the aide hitting the activist’s car to give right of way. Mwangi continues to film as he comes face to face with the angry police officer who yells and hurls insults at him before pulling away. 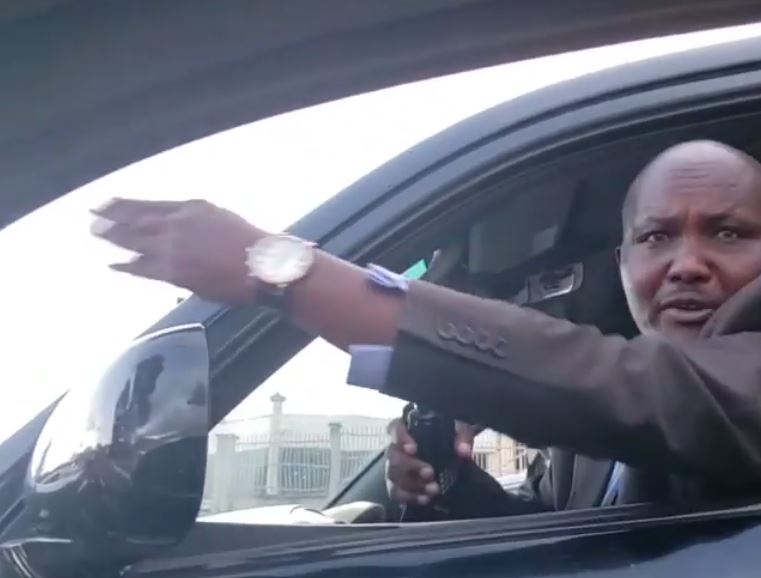 Boniface captioned the video: “Who will protect Kenyans from this overentitled VIPs and their rogue bodyguards? A police officer in KCH 995E insulted me because l refused to be bullied, he was the lead car for KCH 755S. Please record, post & shame VIP bullies everyday. I only give way for ambulances and marked police cars that aren’t escorting entitled VIPs. I refuse to let police abuse the siren to clear traffic for the people who should be solving our traffic mess.”

We are not sure if Boni knew it was Baba’s motorcade but netizens were quick to point out the fact to him, with some faulting him for blocking a dignitary who is entitled to clearance on Kenyan roads.

Check Out: Full List of VIPs Entitled to Right of Way on Kenyan Roads

“This is Raila omera you must clear way for him as a sign of respect. Stop fighting unnecessary wars,” said Babu.

Here’s a video of Boni’s altercation with Raila’s bodyguard.

Who will protect Kenyans from this overentitled VIPs and their rogue bodyguards? A police officer in KCH 995E insulted me because l refused to be bullied, he was the lead car for KCP 755S. Please record, post & shame VIP bullies everyday @NPSOfficial_KE @IG_NPS @Ma3Route @IPOA_KE pic.twitter.com/XjTBpVzq3S

Mwangi you are very arrogant what will cost you to give way? Nonsense

Explain to him how VIP Protection protocols work and why the guy yelling at him holding a radio device is an armed Police Officer.

That’s Raila. He’s among VIPs outside the presidency entitled to use security sirens on the road. There was a circular made to that effect last year. Be careful not to land in trouble pic.twitter.com/G0rU1U87d7

This police officer are so entitled, they like bullying wanjiku…..makosa ya wanjiku ni kushangilia this big https://t.co/HaEqMpHAXv kua mesmerised na this sirens.Good work Boniface,l Normally say your are courageous 💪

Loading...
The Trending Images in Nairobi This Tuesday < Previous
The Top Stories on the Internet Today (Wednesday October 16) Next >
Recommended stories you may like: