Akothee, Zari Gang Up Against Trolls Over Singer’s Make Up Fail 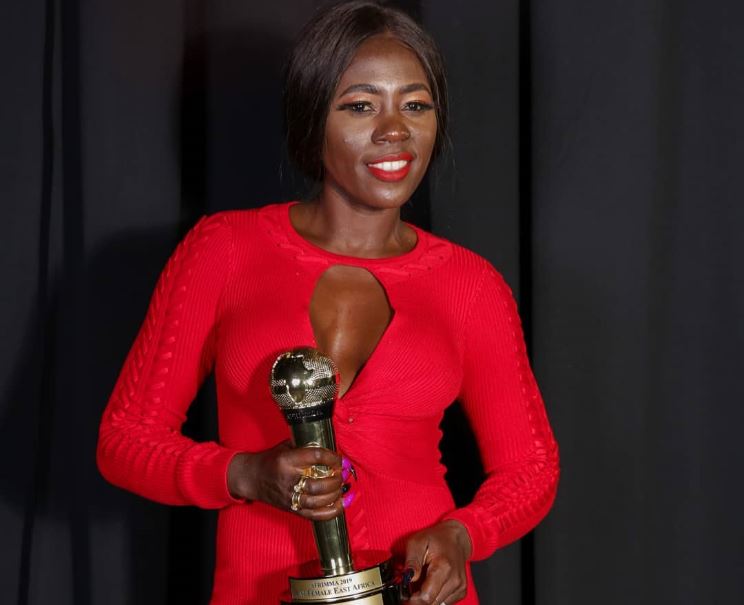 Akothee and Ugandan businesswoman Zari Hassan continued to showcase their friendship and support for each other after ganging up against internet trolls over the Kenyan singer’s make up.

Earlier this week, Akothee took to Instagram to celebrate her win at AFRIMMA 2019, but her excitement was met with backlash from netizens who thought her make up was well below par.

“Whoever did your make up, must be a hater,” wrote one fan.

“Your makeup artist is awful you look beautiful without it queen,” a third IG user commented.

As the negative comments continued to pile up, Akothee’s bestie Zari took the bull by the horns and told off the critics.

“Sorry people, there was no position for Best make-up artist. It was BEST FEMALE ARTIST AND THE PRESIDENT OF SINGLE MOTHERS @akotheekenya TOOK BEST FEMALE EAST AFRICA Afrimma 2019. We live for achievements not make up,” wrote Zari.

Akothee also addressed her haters explaining the circumstances leading to her makeup fail. She said she had to do her own make up some minutes before going on stage to perform.

“I did my own make up now come beat me, but I am holding position east Africa queen 2019. If I waited for the professional make-up artists I would have missed my 6minutes performance which one is more important? Because you all know how beautiful I am with or without make up. My friend if you are pretty, you are pretty, I had to do what I had to do.

“You all talking about make-up, no one is seeing my red expensive red dress from #guess, stop diverting from the topic and congratulate me for 2019 Job well done. Witchcraft started like this even a donkey works hard and has never slept inside the homes he helped the owners built. Forget about buying a sandle, a donkey is still loyal to his master” reads Akothee’s post.

Loading...
I Did Not Wed My Baby Mama – Jalang’o Clarifies on Reported Wedding < Previous
Panic on MV Harambee Likoni Ferry as Man’s Phone Bursts into Flames Next >
Recommended stories you may like: