Akothee Reveals What Hurt her about Rumored S*x-tape 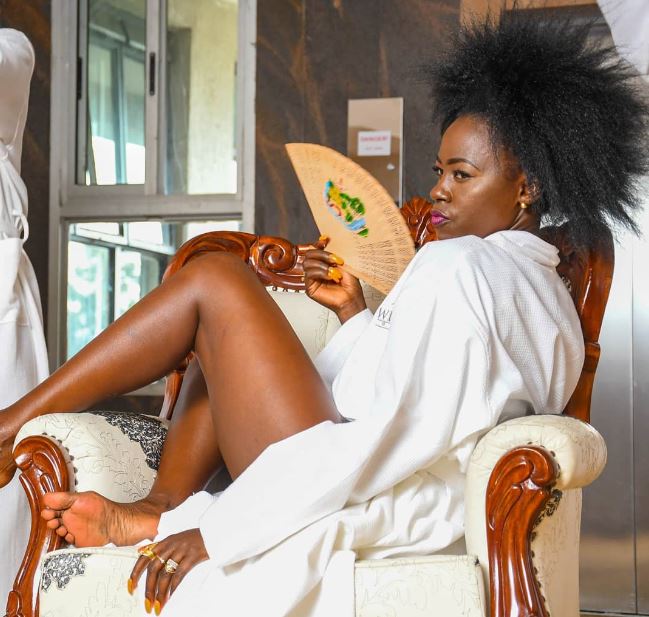 Akothee says that what hurt her about the recent sex tape rumors is that the said video was recorded in a dirty place.

According to madam boss, the people who spread the rumor know that she has white bedsheets and, therefore, it beats logic to claim that it was her in the video.

“What hurt me was how that video was and where it was shot, in a dirty place. They know I have white bedsheets, they know how my kitchen looks like, they even know how my butt looks like. Why would someone think that was me?” Akothee wondered.

In an interview with Mseto EA’s Willy M Tuva, the ‘Rollam’ singer also spoke about her dress code incident in Parliament last month.

“That was one of my best dress code. We got an email from the PA saying we should wear suits, I wore a suit. My legs are the ones longer than the skirt. If it was worn by another woman, that would have been a maxi to her. When I wake up, I dress according to the occasion.”

The headline-making singer said given a chance to go back, she would still dress in a similar way.

“Given a chance back, I will do the same dress code. What shocked me was the fact that people forgot my aim of going to Parliament. They started focusing on my dress code, which doesn’t feed anyone. The people I’m feeding right now in Turkana are actually walking naked. Why isn’t anyone talking about Turkana people who are hungry and naked?”

She added; “I didn’t want my government to be left behind (in the launch of Akothee Foundation) and I got the support needed.”