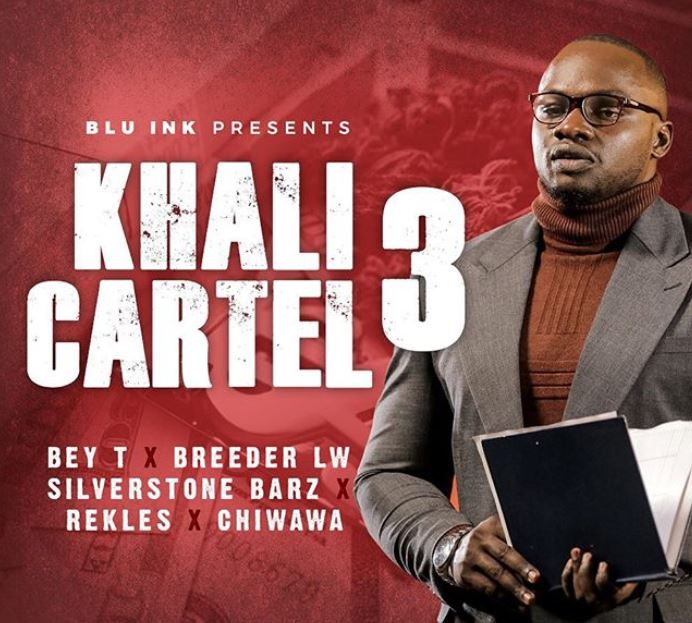 Khali Cartel 3 is the sequel to Khali Cartel 2 that dropped in December last year. This time around, Khaligraph has tapped veteran rapper Chiwawa and upcoming rap acts Bey T, Silverstone Barz, Breeder Lw, and the impressive Rekless of Ethic group.

The Khali Cartel 3 instrumental was created by Motif on the Beat at Khali’s Blu Ink studios while the visuals are by Mike Lolly p and Khaligraph Jones.

In ‘Khali Cartel 3’, Khaligraph Jones plays the role of defense attorney in a court setting where the rappers argue their case about the issues affecting music creatives in the industry.

The 10-minute cypher sees all the rappers go hard and deliver a solid project but if you ask me, Khali Cartel 2 was much better. Of all the featured rappers, Rekless came through hardest and kept it real, as did Bey T, who also added some much-needed spice in the track.

Breeder Lw was alright and Silverstone was okay but she probably needs to stop listening to a lot of Cardi B because she sounds like a wannabe. Not hating!

As for Chiwawa, maybe I expected too much but he was a little underwhelming and his verse was short. Probably because he spent most of his time walking into the courtroom than rapping.

Overall, ‘Khali Cartel 3’ is a welcome project that does some good for the rap industry while showcasing some emerging talents and addressing some real issues. Big up to Khaligraph Jones!

Loading...
Freebets, Bonuses and 3 other lucrative deals Odibets is offering this week < Previous
My Preacher Father Respects my Music, ‘Zimenishika’ Hitmaker Zzero Sufuri Next >
Recommended stories you may like: