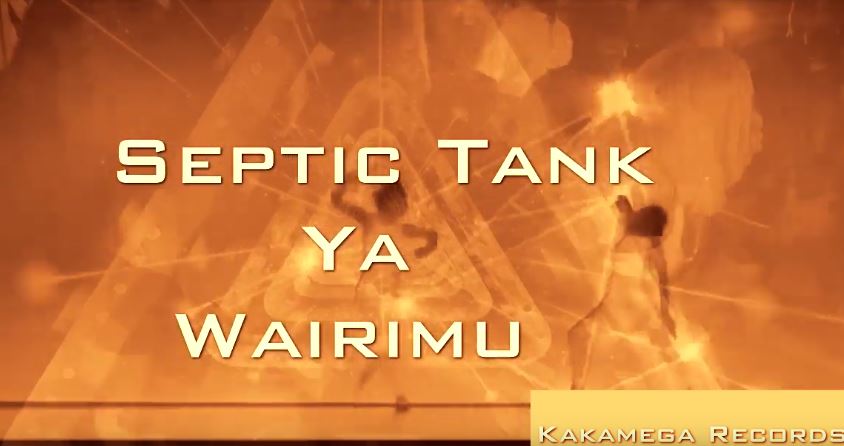 Kenyans are legit crazy, that much we knew. Further proof of this has emerged in the form of a song titled ‘Septic Tank ya Wairimu’.

Amid an ongoing probe into the gruesome murder of Dutch tycoon Tob Cohen, a little-known upcoming musician – Okoth Vicky- has struck while the iron is still hot and composed a song named after the septic tank in which Cohen’s body was discovered.

Okoth Vicky, like a large section of the Kenyan public, makes the assumption that Cohen’s estranged wife Sarah Wairimu is the guilty party in her husband’s murder; the musician goes on to warn listeners to be wary of women like Wairimu.

“When I think of Wairimu, I remember Delilah…Marry her at your own risk,” sings Okoth, adding; “beside every billionaire, there is a Wairimu.”

The song’s composer seems to have taken the same approach that musicians Sheddy Empire took to go viral when they released ‘Pigwa Shoka’ following the femicide of University student Ivy Wangechi.

While ‘Pigwa Shoka’ backfired on the musicians – forcing them to issue an apology -, it remains to be seen how Kenyans feel about ‘Septic Tank ya Wairimu’ as it is only a few days old and yet to go viral.

Listen to Septic Tank ya Wairimu song below.

Loading...
The Trending Images on Twitter This Friday < Previous
IN PHOTOS: A Short Story of the Red Subaru Smashed in from Both Ends by Trailers Next >
Recommended stories you may like: