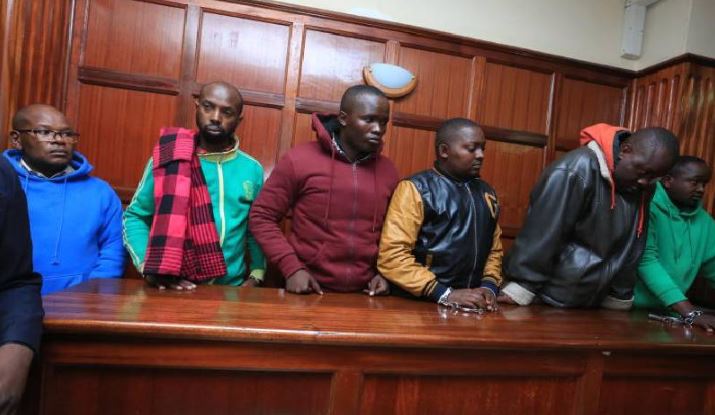 Six suspects in the Sh72 million money heist have been released on bond.

Appearing before Magistrate Francis Andayi on Wednesday, the suspects were charged with robbery with violence. They are said to have been in possession of dangerous weapons and threatened to use actual violence on the staff on September 5.

In a second count, the six were charged with malicious damage of property. They reportedly destroyed 36 cassettes and 11 purge bins, the property of G4S valued at Sh1,267,000 at Thogotho forest.

They all pleaded not guilty, and through their lawyer Cliff Ombeta, asked the court to give them lenient bail and bond terms as they are paid lowly.

Ombeta argued that it was not safe for his clients to be in custody after they were allegedly tortured by police.

One of the accused persons displayed injuries he alleged were caused by police after his arrest.

The defence lawyer said police suffocated his clients, who include 3 police officers, with plastic paper bags reinforced with sellotape on their heads.

This, they said, was in a bid to allegedly force them to say where the stolen money was.

“The 2nd, 4th and 5th accused persons were even suffocated using plastic bags … the 6th accused person was taken near Windsor where he was tortured,” Ombeta told the court. 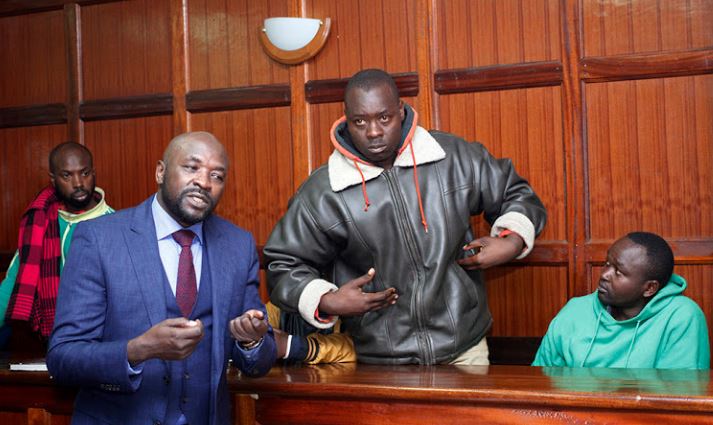 Magistrate Andayi declined an application by the prosecution to deny them bail saying the reasons given were not compelling or satisfactory.

The prosecutors had said: “There are other suspects at large who are evading arrests and apprehensive that the accused before the court are likely to interfere with investigations.

“The exhibit is actually money…The accused were arrested away from their known fixed aboard and therefore might abscond court,” the Prosecution added.

The magistrate granted the suspects Sh1 million bond each and further directed they deposit their passports in court.

The accused are also required to report to the DCI daily for the next seven days.

The case will be mentioned on September 23.

Loading...
Thika Road to Be Partially Closed on Saturday & Sunday < Previous
5 Jimmy Gait Proposals to President Uhuru on Kenyan Doctors Accused of Misdiagnosing Patients Next >
Recommended stories you may like: