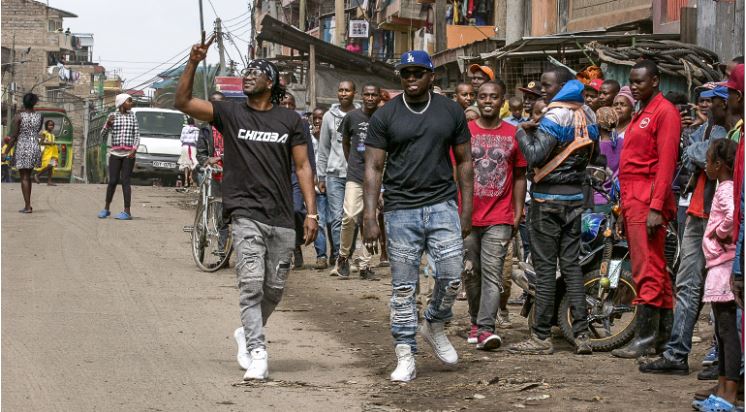 The bromance between Kenya’s Khaligraph Jones and Nigeria’s King Rudy a.k.a Rudeboy has seen the African music stars drop the highly anticipated video of their hit titled ‘Tonight’.

Khali and King Rudy cooked up ‘Tonight’ about six months ago during the 2019 edition of Coke Studio Africa. To find inspiration for the original track, Khaligraph Jones took the former member of P Square on a tour of his hood – the infamous Kayole estate in Nairobi’s Eastlands area.

And after months of waiting, fans have finally been treated to the official visuals of the banger. ‘Tonight’ is the second song in CokeStudioAfrica 2019 to be made into a music video.

Coke Studio Africa premiered the stunning visuals on their YouTube channel on Thursday, and fans are loving it.