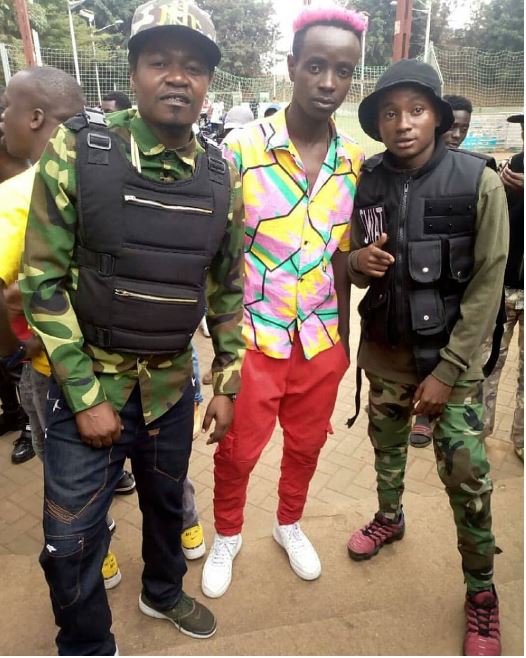 The King of Genge street music Jua Cali has dropped his new project featuring the new age of Gengetone rappers Swat of Ethic and Odi wa Murang’a from the Boondocks Gang.

The trio has teamed up in a track dubbed ‘Wale Mang’aa’, the 13th track off Jua Cali’s newly-released album ‘Mali ya Umma’.

Jua Cali may have been bashed on social media for working with the young stars after announcing the upcoming song, but that has not deterred him from delivering the banger.

The rapper further teamed up with VDJ Jones-Executive Producer- to make the video that premiered on YouTube Thursday. The song’s audio has been done by Mavo on the Beat while the video was directed by Trey Juelz.

Loading...
The Top Stories on the Internet Today (Friday September 20) < Previous
Kibaki was the Best President. He Made me a Millionaire, says Singer Single L Next >
Recommended stories you may like: