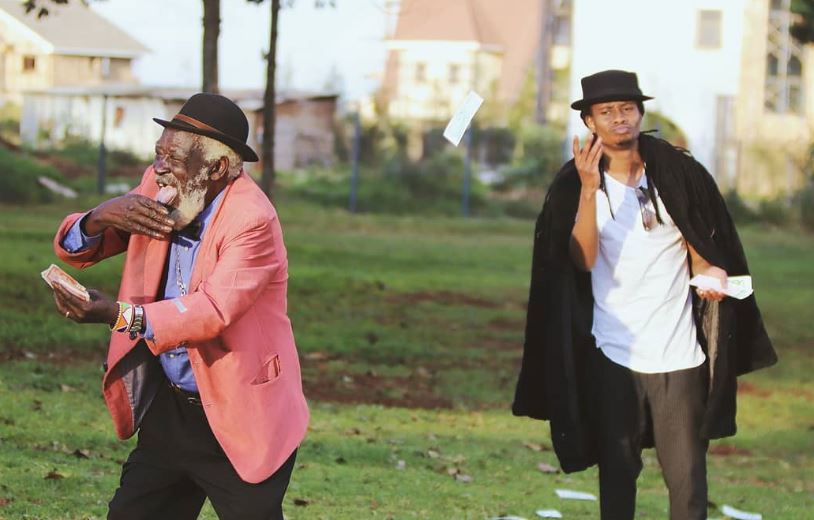 If there is one Kenyan music act who is winning when it comes to creative music videos, then it is undoubtedly the fast-rising Chris Kaiga.

The talented star may have been doing for music for nearly a decade, but claimed his spot in the scene following the release of his second single ‘Zimenice’ in May this year.

Before ‘Zimenice’, he dropped ‘Niko On’ about nine months ago. With just three released singles to his name, Kaiga has proven himself the next big thing in the Kenyan music industry.

He can also be proud of being one of the founders of ‘Up N UP RECORDS‘ which is home to new music sensations like Ochungulo family and behind the hit songs ‘Kirimino’, ‘Na Iwake’ and ‘Aluta’.

Kaiga’s third installment is dubbed ‘Hizi Bundas’, a slang term for ‘This Cash’. One key characteristic of Kaiga’s music has been fun, feel-good vibes which are once again prominent in ‘Hizi Bundas’.