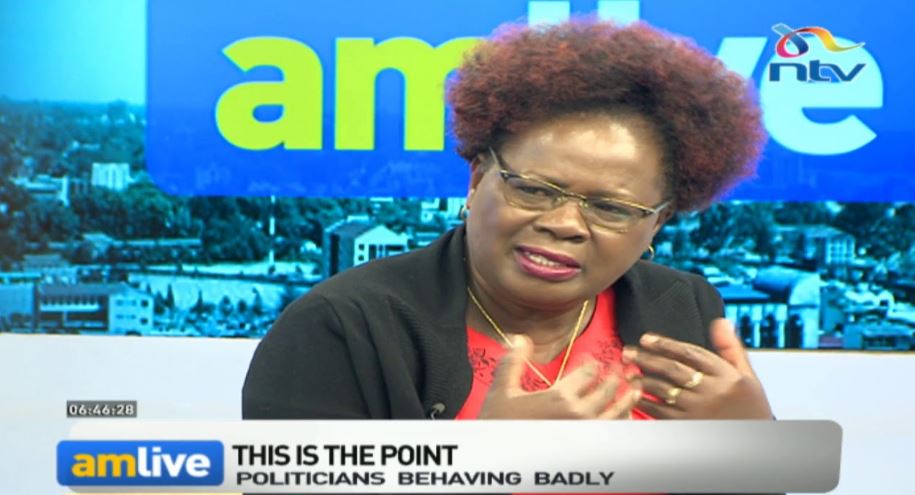 The member of parliament for Kandara constituency Alice Wahome says she is fearing for her life because there is a plot to eliminate her and Mt Kenya politicians allied to Deputy President William Ruto.

Speaking as one of the panelists during a morning talk show on NTV Monday, the lawmaker alleged that last week, a meeting was held at the house of a prominent businessman in Murang’a to plot against her and Kiharu MP Ndindi Nyoro.

“I’m aware there was a meeting in Murang’a last week in a home of a senior businessman in this country. There were several other people including the Principle Secretary interior. The discussions were around how we can be finished,” Wahome claimed.

According to the legislator, she and Ndindi Nyoro have been identified as the source of DP Ruto’s growing support in the Mt Kenya region ahead of his 2022 presidential bid.

“His excellency the deputy president has become very strong, politically and he is having too many followers. They were discussing about Muranga and their concerns were around Alice Wahome and Ndindi Nyoro and we had to be cut to size. We must be cleared and removed from the main branch,” she claimed.

Additionally, Wahome, who doubles up as a lawyer, said Nyoro’s close links to Ruto are the cause of his problems with the State.

“They said Ndindi Nyoro is a small person and if he is cleared, Kenyans will cry or condemn the government for a short while and forget as they have done with other people,” the MP said.

The Kandara MP further said that Interior Ministry PS Karanja Kibicho on Sunday warned her via text against talking about him in public.

Loading...
Ladasha was Earning from Hacked IG Account – DJ Mo < Previous
Man in Court for Stealing Toilet Paper Worth Sh300 from Strathmore Uni Next >
Recommended stories you may like: