Miguna Claims President Uhuru is Locking Out Mariga Because of Ruto 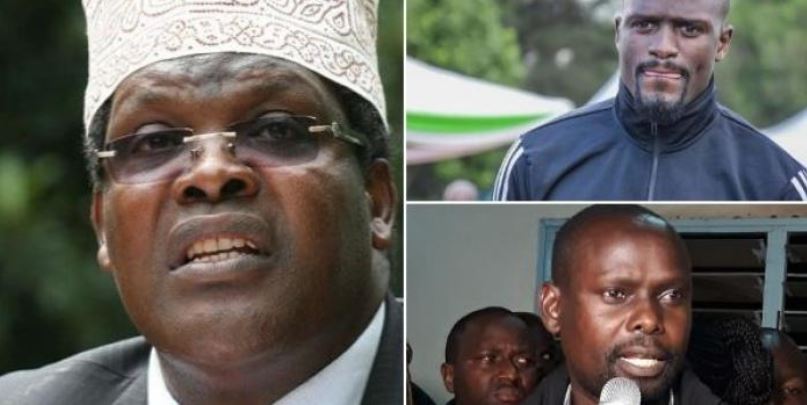 Outspoken lawyer Miguna Miguna has added his voice to the ongoing saga surrounding footballer McDonald Mariga ahead of the Kibra by-election.

The election body IEBC on Tuesday invalidated Mariga’s candidature on grounds that his name was missing from the voters’ register. The retired football player has since appealed the decision with the IEBC Disputes Committee, maintaining that he is a registered voter.

Reacting to Mariga’s predicament, Miguna Miguna sensationally intimated that President Uhuru had a hand in the footballer’s woes because of his[Uhuru] strained relationship with Deputy President William Ruto.

Miguna Miguna also pointed out previous instances when a political candidate’s name was missing from the voter’s register.

“It turns out that McDonald Mariga is actually a registered voter. My feeling (unscientific) is that Mariga will most likely lose the Kibra by-election to Imran Okoth,” he posted on Twitter.

“In 2007 when opposition leader Raila Odinga beat former president Mwai Kibaki, his name was missing from the voters’ register. The ECK was forced to allow him to vote by the Kibera residents. Raila’s name was missing again in 2013,” wrote Miguna, adding that he supports the ODM candidate Imran Okoth.

“I support Imran but Uhuru shouldn’t lockout Mariga because of Ruto,” he said.

The exiled lawyer further called on President Uhuru to call a truce with his deputy in order to give Mariga the chance to lose fairly.

“Democracy demands that he[Mariga] should lose in a fair and credible election. Uhuru’s despotism must be stopped,” he declared.

Loading...
5 Jimmy Gait Proposals to President Uhuru on Kenyan Doctors Accused of Misdiagnosing Patients < Previous
The Trending Pics in Nairobi This Thursday Next >
Recommended stories you may like: