Meeting President Trump was Like a Dream, Peter Tabichi on Visit to White House 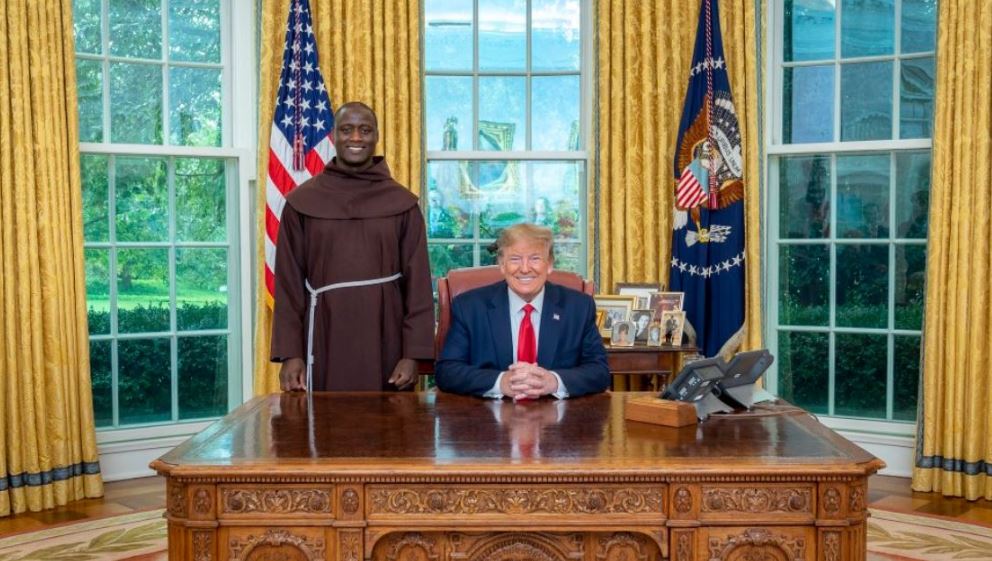 The world’s best teacher Br Peter Tabichi has described his meeting with US President Donald Trump as a dream.

The 2019 Global Teacher award winner started off his high-level engagements on education with a rare visit to the White House.

“It was all like a dream. I had received an invite from the White House as part of the line-up meetings I will be having here in the US. After the security protocol, we were ushered in to meet President Trump who was very eager to meet us,” he said.

Tabichi said the laughter-filled meeting lasted for about 15 minutes.

“He looked so much at ease. We talked, laughed and took several pictures. I appreciated his support on education and technology more so partnerships that have boosted education in Africa,” Tabichi told reporters.

He said President Trump appreciated his efforts in teaching and emerging top in the 2019 Global Teacher award.

“The President told me he was very happy and that I was the only global teacher winner he has met. He did not ask many questions but asked how Africa and Kenya were doing,” Tabichi.

The teacher spent about an hour at White House, a moment he said, ‘all looked like a dream’.

“It was the best moment, a special day too,” he recalled.

Tabichi also toured Google offices in Silicon Valley ahead of his address at the United Nations General Assembly.

The Kenyan teacher is also set to attend meetings in Paris, Armenia, London, Dubai, and Las Vegas before the end of the year.

Loading...
Kamene Goro: I Tried to Commit Suicide Because of My Cheating Ex-husband < Previous
ODM Gives Kriss Darlin Sh250,000 after DJ Lost in Kibra Nominations Next >
Recommended stories you may like: