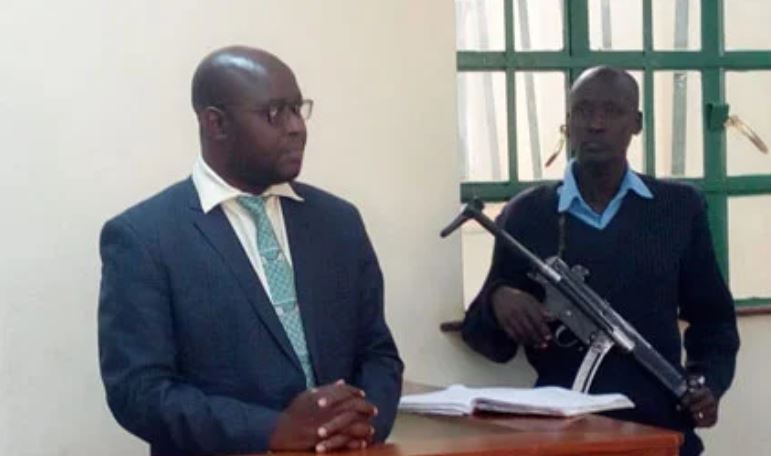 A member of the Nyamira County Assembly is in the dock for allegedly defiling a minor.

Mr Fred Nyachae Omaiyo, the MCA for Magwagwa ward, was on Monday charged with defiling a 17-year-old girl.

The court heard that on the night of September 2-3, the accused defiled the minor at a guest house in Kisii town. The ward rep faced an alternative charge of committing an indecent act with a minor contrary to Section 11(1) of the Sexual Offences Act No.3 of 2006.

Appearing before Nyamira Law Courts, the suspect denied the charges. Through his lawyer Omoke Morara, Omaiyo pleaded to be released so as to resume his duties as well as to receive treatment for blood pressure.

“He is unwell and requires proper medical care. Medical records show that he has been in hospital since his arrest on September 9. He needs treatment for high blood pressure,” said lawyer Morara.

But the prosecution, through State counsel Desmond Majale opposed his request saying the MCA would likely interfere with witnesses in the case. Majala further noted that the MCA had attempted to contact the minor.

“I plead with the court to detain him until the victim testifies,” said the advocate.

The accused was detained for seven days pending bail ruling. The court will rule on bond terms on Monday next week.

Loading...
VIDEO: Bensoul’s Recollection of Konshens’ Concert is the Best Thing on the Internet < Previous
Ladasha was Earning from Hacked IG Account – DJ Mo Next >
Recommended stories you may like: