“Lose My Number!!” Andrew Kibe Tells Fake Friends Who Thought he was Jobless after NRG Exit 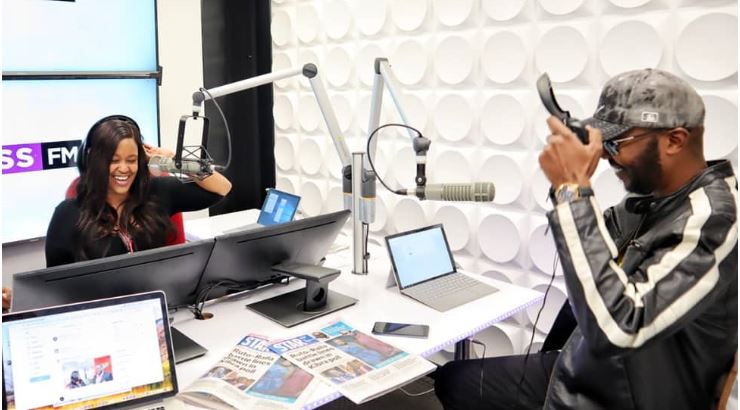 Outspoken radio personality Andrew Kibe was bullish as he finally made his long-delayed return on the radio airwaves on Monday.

Kibe, alongside his partner in crime Kamene Goro, took over the Kiss 100 breakfast show, three months after the duo’s unceremonious exit from NRG Radio.

According to Kibe, people he thought were genuine friends deserted him after he left NRG on grounds that he was jobless and broke.

Apparently, those same people are back now that Kibe is at Kiss FM and supposedly successful.

“People thought I was jobless. They ran away from me three months ago. Now is when you want to come back? Just because you think I am at Kiss I am now successful? Lose my number!!” said Andrew Kibe.

On his socials, Andrew Kibe was relieved to be back on air following a gentleman’s agreement between his former employer and the new one.

“After three months in exile full of endless drama it is time to get back on the airwaves. Si mnajua ni gani. Na uambie sistako nimepata janta awache kunilenga,” he wrote.

Trust when I said it's a Hostile Takeover, I Meant it! Please tag me when you see one……..Ziko Mob! #TheMorningKiss #KameneAndKibe

Loading...
Male DJs See Female DJs as a Threat, Others Want Sex for Gigs, DJ Nyc Laments < Previous
VIDEO: Bensoul’s Recollection of Konshens’ Concert is the Best Thing on the Internet Next >
Recommended stories you may like: