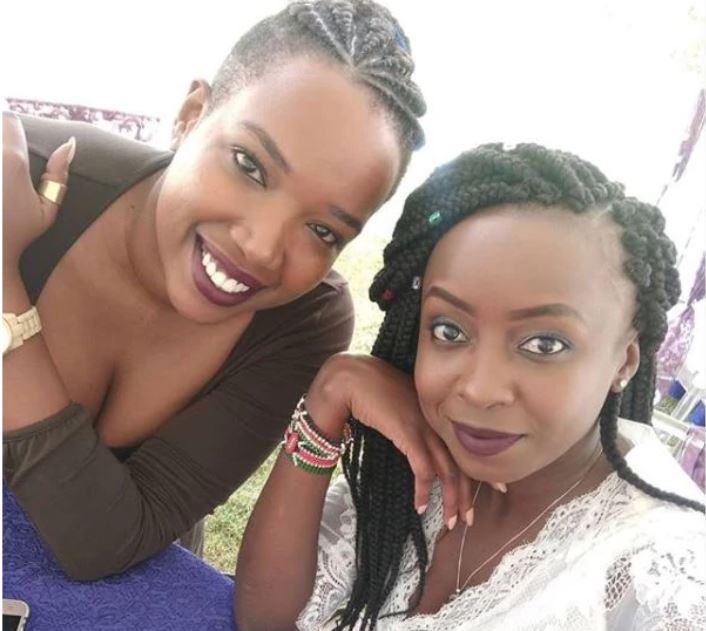 Lest you forget about Jacque Maribe, the former Citizen TV news anchor is doing well.

This is according to one of her friends and former colleague Kirigo Ng’arua who gave fans an update on Jacque Maribe, a few months after she resigned from Citizen TV.

Kirigo gave the update on her Instastories during a Q&A with her fans.

“@jacquemaribe is well..for all those who asked about her,” wrote Kirigo.

She also uploaded a photo taken with Jacque Maribe in which the two looked to be having a fun night out over the weekend. 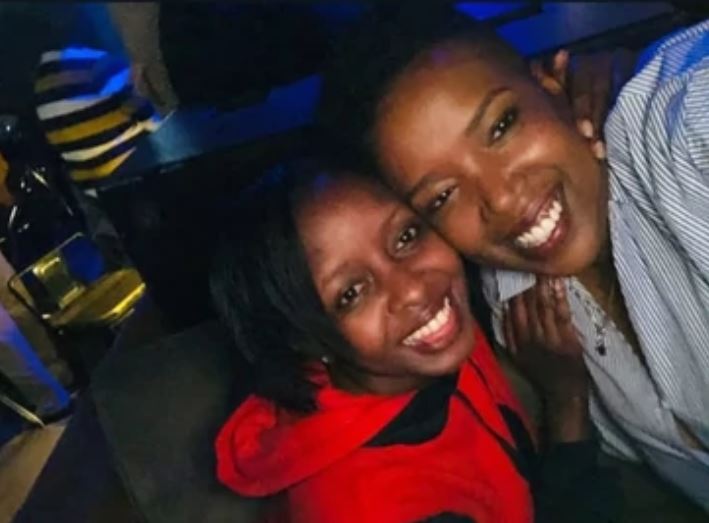 This comes in the wake of Jacque Maribe marking a one-year hiatus from social media. Three months ago, the journalist handed in her resignation from the Royal Media Services (RMS) Citizen TV citing personal reasons.

On her Instastories, Kirigo also teased her supposed lover after a fan asked why she looks beautiful all the time.

“How you stay looking so beautiful all the time?” the fan posed.

In response, Kirigo uploaded a picture with a mysterious man, covering his face with emojis. She captioned it; “And you wonder why…” 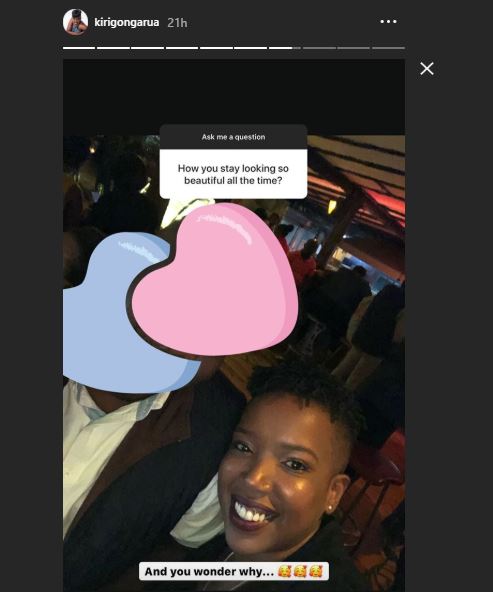 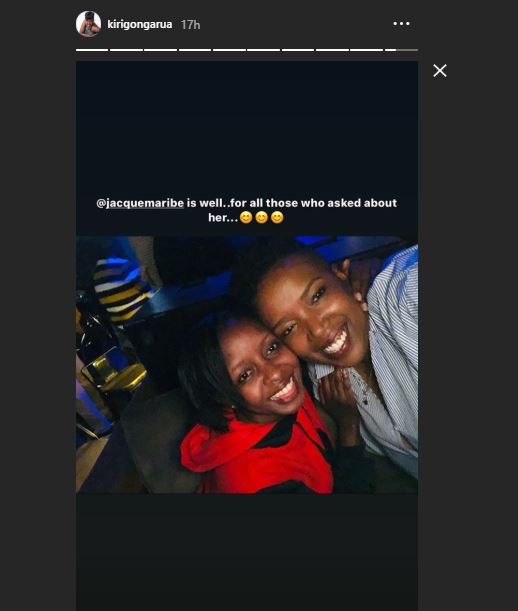 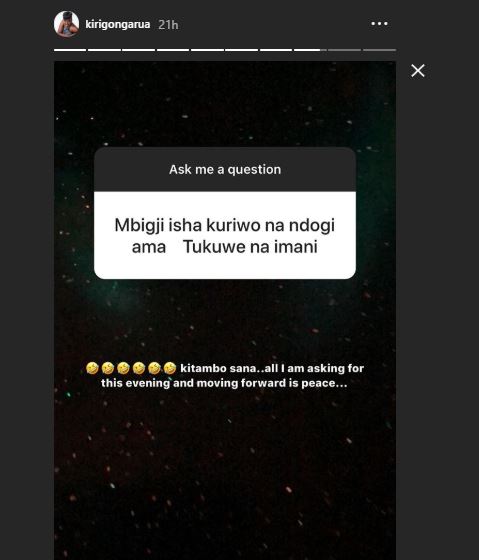 It’s said you glow different when everything is aligned in your life and you are loved well..I don’t know how true this is..all I know is my glow is fully taken care of by @keyaracosmetics..😊😊😊 chubby cheeks taken care of by various sponsors… 😜😜😜😜 (wait for this statement to be turned into a headline by your favorite bloggers…) Happy Friday ladies and gentlemen.. Take care and be responsible! #AttitudeOfGratitude #MissChubbyCheeks

Loading...
The Trending Pics on the Internet This Tuesday < Previous
LoL! Thugs Break into House after Feeding Guard Dog With Githeri Next >
Recommended stories you may like: