Kibaki was the Best President. He Made me a Millionaire, says Singer Single L 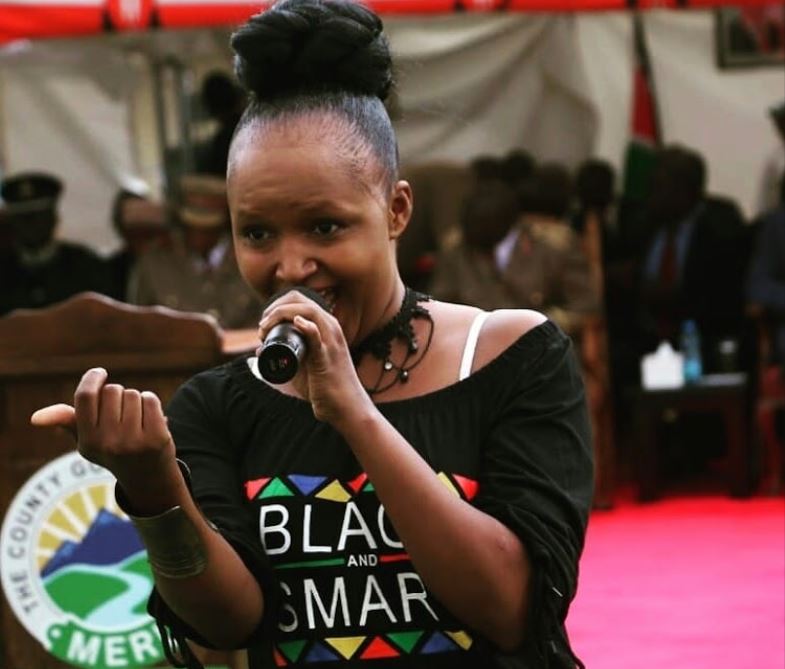 According to Single L, the former president made her a millionaire when she was just a teenager. She said Mwai Kibaki supported, promoted and nurtured youthful talents like herself.

“Kibaki was the best President in the history of Kenya. He fully supported the youth. I can not regret him coming back to the seat. During his time ‘Vijana Na Kibaki’ was the best. He made me a millionaire at 16. I was paid until I wondered where to take the money,” she said.

The musician said she used some of the money to pay for her education, having dropped out of secondary school due to a lack of fees.

Single L said her stepmother rejected her and her father disowned her, forcing her to move around in six shools during her secondary education.

“I remember a certain headteacher cried when she called my father to ask him to pay school fees but he responded saying, I don’t think I have such a child. ‘Was it a wrong number?’ she asked, I told her ‘no’,” Single L said in Meru town.

The 2016 Mwafaka Award winner said they have since reconciled and all is well.

The Nimekuja hitmaker, who has five albums under her name, used to sell chips by the roadside to raise money to produce her songs.

Single L said she only had Sh10 when she went to a studio to record her first song. When the producer turned her away she started crying until the owner of the premises came and found her still crying and gave her a shot.