Kenya Needs a President from Another Community – Waiguru 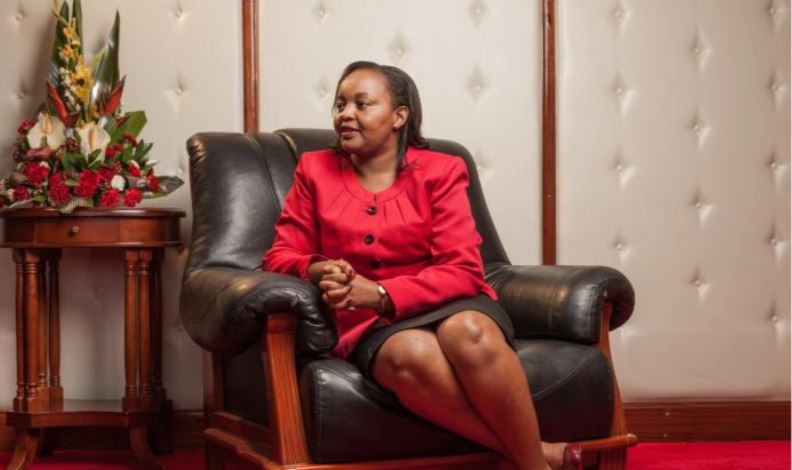 Kirinyaga Governor Anne Waiguru has said Kenya is ready to be led by a president from another community other than Kikuyu.

According to Waiguru, another Kikuyu presidency in 2022 would evoke feelings of exclusion by other communities.

“Let’s be honest, Kenya has many communities and one or two cannot continue dominating the leadership of this country,” Waiguru said.

The former Devolution CS said Kenyans should embrace the Building Bridges Initiative since its proposals are meant to unite the country.

“The BBI is a solution to ending political violence each and every electoral circle,” she said.

Waiguru also called on Mt Kenya politicians to support a candidate from another region. She said Kenyans are fed up with leaders and politicians whose wealth is questionable.

The governor spoke at Kerugoya Level 5 Hospital when she gave her annual status of the county report. She accused Kirinyaga Woman Representative Wangui Ngirici of sabotaging the health sector in the county by instigating a strike at the hospital in April.

“When the time for politics comes we will be ready to face them [detractors], and I want to sound a warning that no one will disrupt me from delivering my mandate as governor,” she said.

Waiguru also said President Uhuru is the Mt Kenya spokesperson and the region will follow his direction in 2022.

“When the country was being torn apart after the 2017 elections, our President reached out to the ODM leader,” she said.

The county boss further rubbished Ekuru Aukot’s Punguza Mizigo Bill and urged Kenyans not to be misguided since the bill is anti-devolution and has no interests of the common mwananchi.

“When someone comes up with a Bill to reduce the number of constituencies and county governments is that person in his right mind? We here are agitating for Mwea to be divided into two,” she said.

Waiguru said it was time for the country to go into a referendum to expand the executive and reduce the number of nominated members of Parliament. 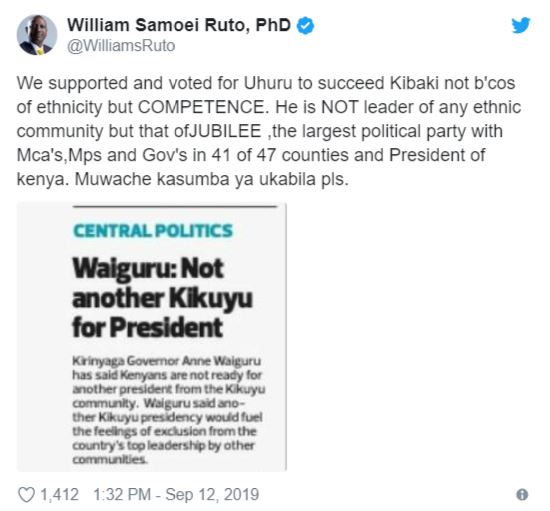 Loading...
Waitress Finds Lost Sh60K, Returns it to Owner < Previous
All The Trending Images This Friday Next >
Recommended stories you may like: