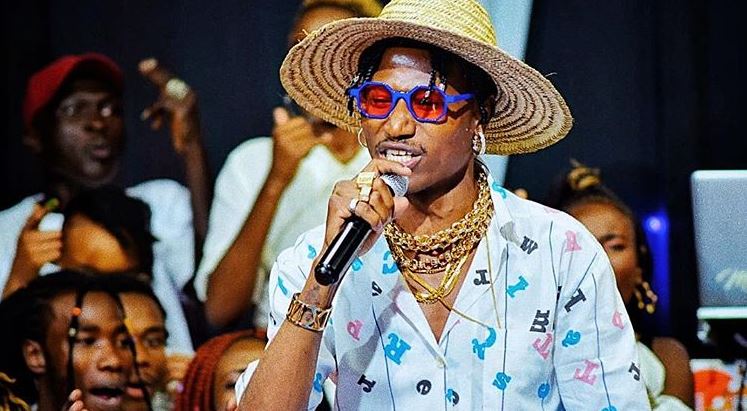 Rapper Octopizzo has once again voiced his support for the legalisation of marijuana saying it would be his first order of business if he were elected President.

The Kibra-born and raised rapper was speaking about the upcoming by-election for the parliamentary seat saying he doesn’t have a preferred candidate.

“My preferred candidate would still be the late Ken Okoth any day because I worked so closely with him, he supported art and music,” he said.

The rapper also ruled out running for the seat saying he has bigger ambitions. “I will vie for a presidential position when the right time comes because I would want to represent the youth in this country, not just Kibra,” he said.

“I have somebody in Turkana who looks up to me and they need change. In Lamu and any other place in Kenya, vying for a seat in just my area code is being selfish because there are youths who are going through stuff and they want to be helped.”

On legalising the ‘holyherb’, Octo said it would the first Bill he would pass because people are abusing it instead of using it for medicinal purposes.

“This will help in controlling the amount at which it is being consumed, although people don’t want to talk about the values of the herb,” he told Word Is.

The rapper also called out the youthful members of parliament who used their popularity among the youth to become politicians.

“People like Dagoretti MP, John Kiarie, Starehe MP Jaguar are just politicians because they were popular and they ended up turning their fans into voters and using that as a way of campaigning,” he said.

Octopizzo noted that the best leader is one who comes from nowhere and lays out their manifesto to the people.

“Be a leader and not a celebrity. People confuse celebrity and leadership, which are two different things. Just because you are popular doesn’t mean you can lead people,” he said.

“People need to have good leadership, they don’t care about what you do.”