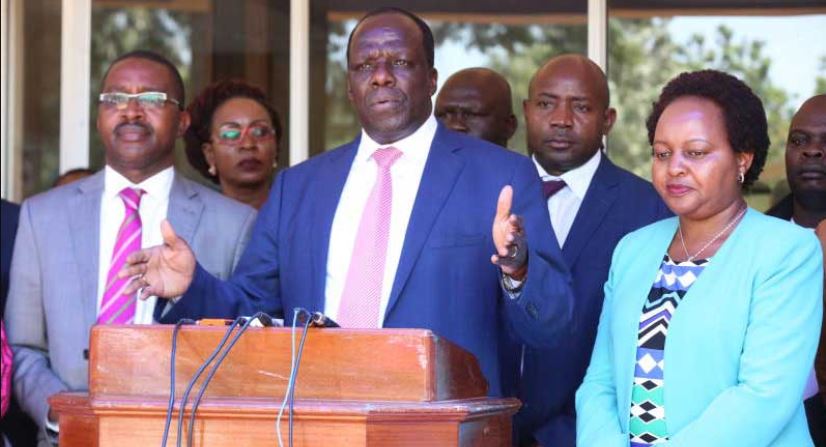 The council of governors has dismissed a new report by UK-based research firm ranking best and worst-performing county bosses.

In a statement published in local dailies on Thursday, COG chair Wycliffe Oparanya said authors of the report failed to meet the required standards in conducting the research.

“We would like to clarify that to date, the council of governors and counties in general did not receive the alleged questionnaire,” the statement reads in part.

According to COG, the UK firm All Africa Advisory (AAA) did not comply with the requisite legal procedures, hence the ranking is a “political strategy meant to malign their leadership in counties”.

The governors further argued that the performance of counties cannot be compared as each county is unique in terms of the kind of milestones achieved and the challenges faced.

The council is now demanding an  ‘unequivocal apology’ from the agency failure to which it will seek legal redress.

In the report released on Wednesday, Machakos Governor Alfred Mutua was the best former followed by Wycliffe Oparanya (Kakamega) in second and Nairobi’s Mike Sonko.

The survey was reportedly conducted between June and August this year and sampled 1,401 respondents across 47 counties.

Loading...
TangaTanga, Mafisi Political Parties Deemed too Offensive to be Registered < Previous
Thugs Prepare a Meal after Breaking into Cuban Doctor’s House in Homa Bay Next >
Recommended stories you may like: