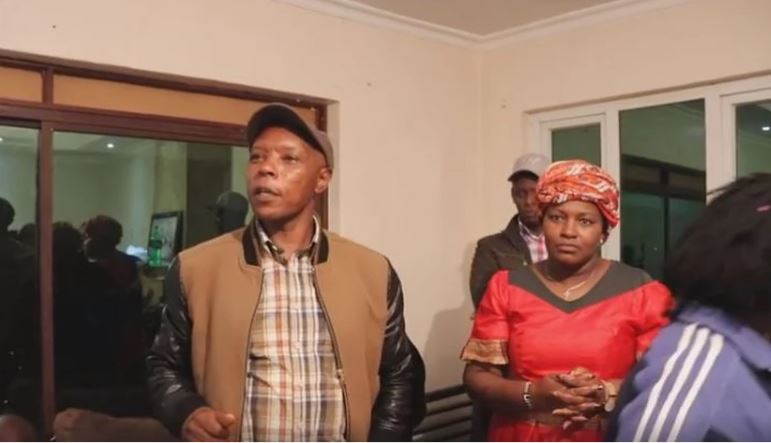 Njenga spoke on Thursday at the home of Gender Public Service CAS Rachael Shebesh where he endorsed the Embrace Team, a women leaders lobby group supporting the handshake between President Uhuru Kenyatta and Raila Odinga.

The reformed Mungiki leader turned preacher assured Shebesh that his supporters would ensure that meetings under the Embrace Movement would not be disrupted by anyone.

“We are not happy with this intimidation. There is no way people will come from Rift Valley and divide people in Central Kenya. Why is it that Central is the only place they are dividing? If they can do this when Uhuru Kenyatta is alive and in office, what will they do when he is gone?” he said while speaking in his vernacular dialect.

On her part, Shebesh, who referred to Maina as a “General” thanked the evangelist for supporting the Embrace movement.

“I am very happy that you have supported us and Embrace. In Embrace, we are only pursuing President Uhuru Kenyatta’s agenda. General, your support has given me even more power and energy. We only want to support President Kenyatta in his development agenda and promoting peace,” Shebesh said.

Loading...
Phillip Murgor – Working for DPP Haji was Impossible. He Wasted 2 Months of my Professional Life < Previous
Rose Muhando Thanks President Uhuru, Kenyans for Saving her Life Next >
Recommended stories you may like: