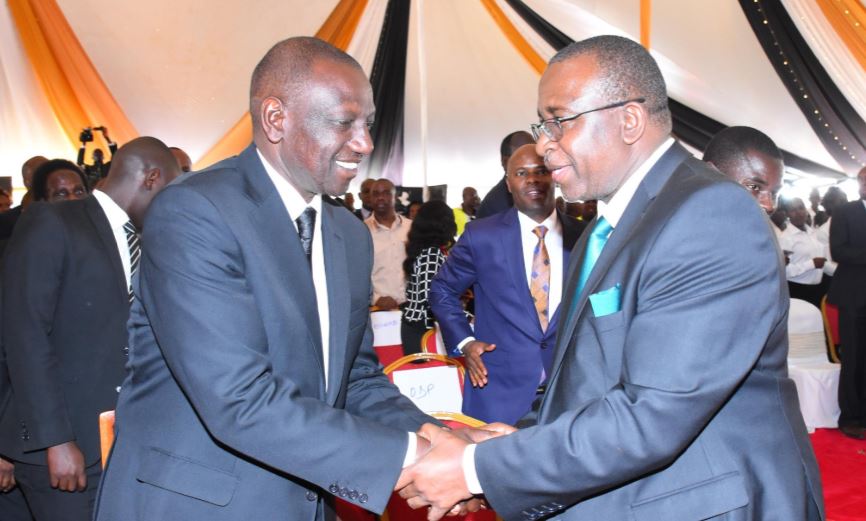 Deputy President William Ruto has admitted that the ruling Jubilee Party is divided.

Speaking during the burial of Senator Mithika Linturi’s father on Tuesday, Ruto said the ongoing wrangles within the party are part of growth and will be resolved in due time.

The DP was responding to comments by Meru Governor Kiraitu Murungi who spoke during the burial saying Jubilee is ailing.

Acknowledging that there is a rift in Jubilee, Ruto urged Kiraitu and others not to lose hope in the party.

“Yes, there is a rift in Jubilee fueled by political factions, some for ‘punguza mizigo’ and others for ‘ongeza mzigo’ initiatives. All this confusion has brought trouble in Jubilee. 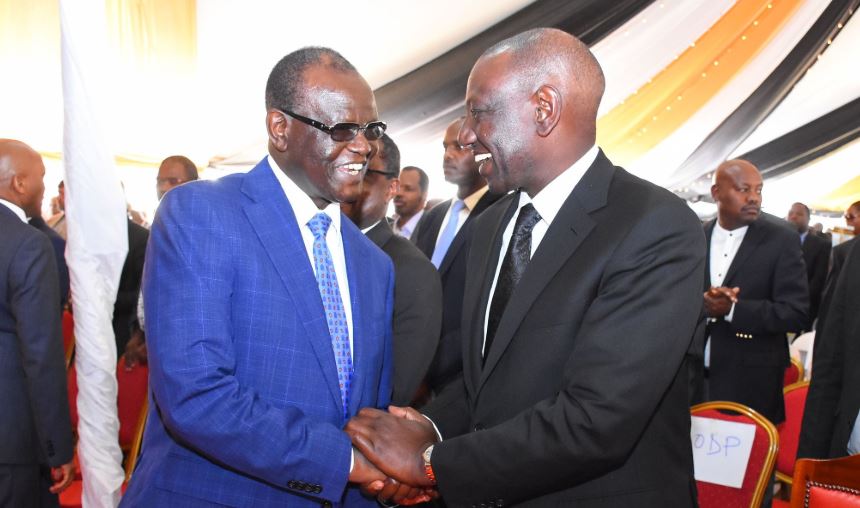 “You all know what is happening on matters of the constitution. The champions of change of the constitution are known. This is not the business of Jubilee but other people who are well known to Kenyans. I want to ask leaders including my brother Kiraitu Murungi, not to lose hope in the party because the small issues will be sorted out,” said Ruto.

The DP likened the situation in the party to the work of a cook saying it is like smoke and fire to a cook, by-products of a process which yields good results, food.

Ruto mourned the late Peter Gichunge Linturi as an “industrious, successful farmer who was God-fearing, amiable and a respected elder”.

“Mzee Peter Gichunge Linturi was a dependable, caring, loving husband and father, who ingrained hard work, friendship and honesty in his children. He was a selfless leader and helped establish, strengthen the Sacco movement in the larger Meru, which has empowered the community,” said Ruto.

Loading...
Two Suspects Appear Naked in Court, Accuse OCS of Hiding their Clothes < Previous
The Top Stories on the Internet Today (Friday September 20) Next >
Recommended stories you may like: