Babu Owino Refuses to Engage in Fist Fight With Jaguar 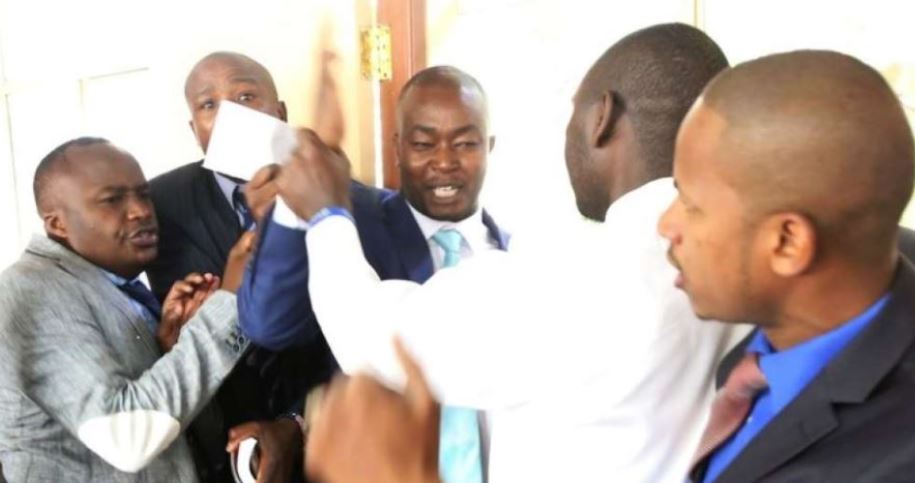 Embakasi East MP Babu Owino has ruled out the possibility of another fist fight with Jaguar after the Starehe MP dared him to a rematch.

The two first-time legislators previously exchanged blows during the divisive 2017 presidential election but reconciled about five months later in the spirit of the handshake between President Uhuru and Raila.

However, there appeared to be no love lost between the youthful lawmakers over the weekend after Starehe MP Jaguar sought permission from William Ruto to fight Owino for allegedly disrespecting the DP.

“Your excellency there is a young boy called Babu Owino who insulted you recently. I am asking your permission to let me beat up that boy again and embarrass him, your excellency,” Jaguar said during a public rally in Kayole.

But on Monday morning, Babu Owino took the high road saying he is only focused on development issues not fist fights.

“What has the Commander from Starehe said (Njagua). The only energy I got is for fighting for the people who voted for me and the oppressed masses in our society. The only fight I will engage in is on development issues,” Owino declared.

Loading...
Pastor Migwi Lands BBC Job after Being Sacked at Kameme for Bashing Uhuru < Previous
The Trending Pics on the Internet This Tuesday Next >
Recommended stories you may like: