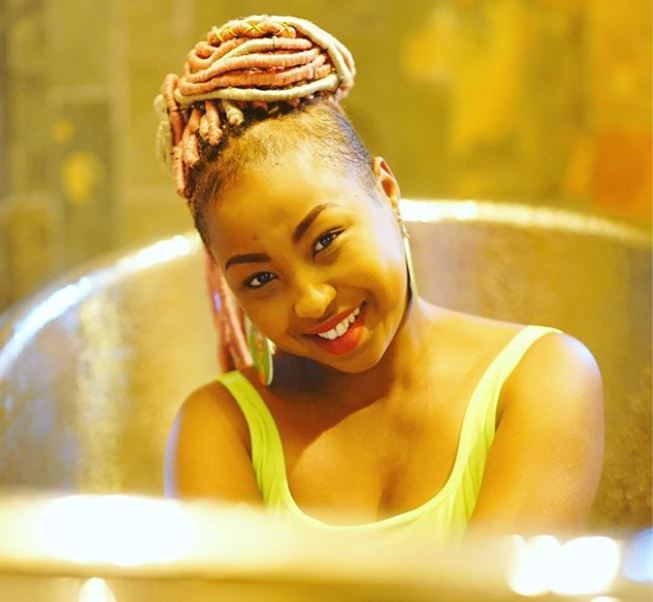 Kenyan songbird Vivian has showcased her impressive twerking skills, albeit with the help of a fun electronic gadget.

A video of the ‘Accelerator’ singer trying out a blood circulation machine is all the rave on her Instagram page, thanks to her bubbly and ample derriere.

Vivian uploaded the video on Monday and accompanied it with the caption: “Vibrate moments #feelme. Some experiences happen only once in a lifetime 😆”

She’s a queen #feelme . Seeing so much love on YouTube.. I appreciate each of you for being part of my music journey 💕 #tukopamoja #onelove #Godslove #globetrotter

The clip was recorded during the singer’s visit to the States. Clad in figure-hugging biker shorts, Vivian is seen stepping on the vibrating circulation machine, with her fiance Sam West capturing the “most important parts” of the 1-minute clip which are Vivian’s assets.

The singer’s followers flooded the comments section with their reactions.

Radio personality Sheila Kwamboka was among the first to comment, writing: “They better have given you that thing to go home with for free…Coz girl hiyo show umepiga hapo was lit!!!! I was just here at the back.🚶🏿‍♀️”

“Accelerator 🤣🤣” another said in reference to Vivian’s collabo with the Kansoul.

Watch the fun clip below.

Loading...
I Dropped Out of College after My Dad Died- Vanessa Mdee < Previous
Police Hunting Down 3 Suspects Believed to Have Tortured Tob Cohen Next >
Recommended stories you may like: