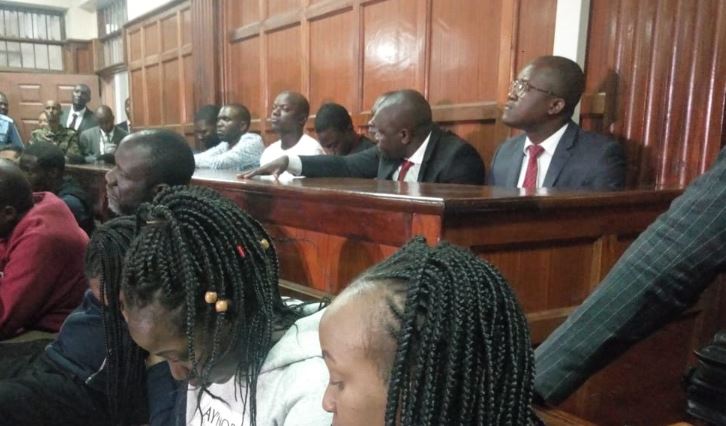 Suspected gold scammer Jared Otieno was on Tuesday charged with conspiracy to defraud, obtaining money by false pretences and preparing to commit a felony.

The flamboyant businessman and 15 other suspects denied the charges before Magistrate Francis Andayi. They are accused of fraudulently receiving Sh300 million in a fake gold transaction.

Magistrate Andayi set their cash bail ruling for May 27, 2019 meaning they will remain in police custody until then. Jared Otieno was arrested on May 17 and has been detained at the Kileleshwa Police Station.

Last week, Senior principal magistrate Paul Mayova allowed an application by the prosecution seeking to detain Otieno longer on grounds that he would interfere with investigations.

The DCI in the application sworn by Felix Banzi said Jared Otieno is linked to many more fraudulent activities related to fake gold. Detectives said more complainants and several allegations have come up from victims of the scam who are mostly foreigners.

Don’t be Afraid of Huduma Namba, Morgan Heritage Appeal to Kenyans < Previous
Class Five Boy Beaten to Death by Relatives for Stealing his Grandfather’s Phone Next >
Recommended stories you may like: