The Untold Story of Sheila Mwanyigha and Relationship with her Mother 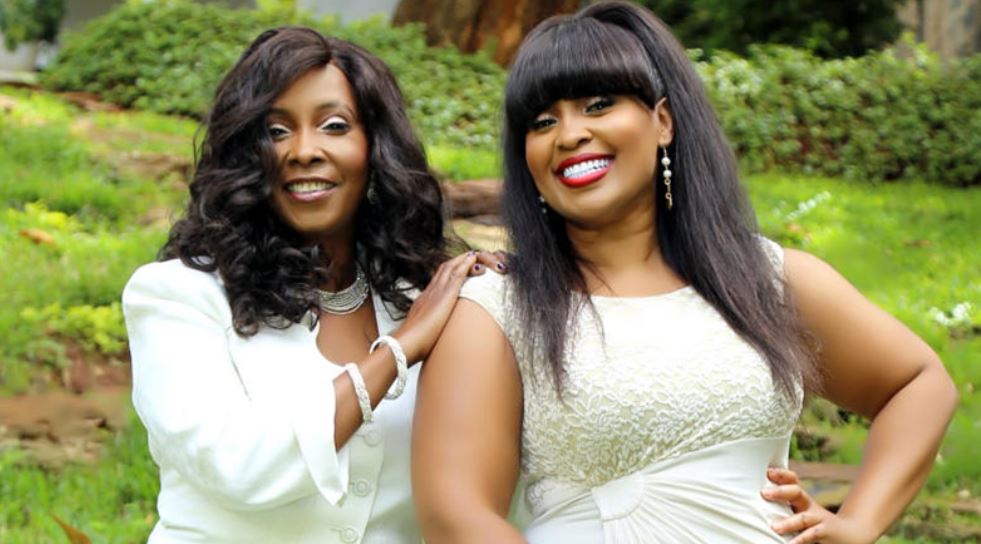 Media personality and MD of Rembesha Kenya, Sheila Mwanyigha spoke to EveWoman about her story and relationship with her mother, retired Senior Superintendent of Police, Agnes Wanjiru Mwanyigha

“I was born and raised in Nairobi’s South C estate where my childhood was a happy one. My parents, Agnes Wanjiru and Gideon Mwanyigah (who were police officers and members of the Kenya Police Band) got along well.

It helped my younger brother Mark and I embrace good social skills, self-esteem and emotional security.

My parents were strict and ensured that good behaviour was maintained. Their careers kept them quite busy but I appreciate that whenever they were off duty, they made up for lost time.

My mother, in particular, kept track of our academic performance and ensured we did our house chores. I also had a strict regime to follow that had specified time for homework, prayers and Bible study.

To show her gratitude, she would occasionally suggest that we take time out to bond. 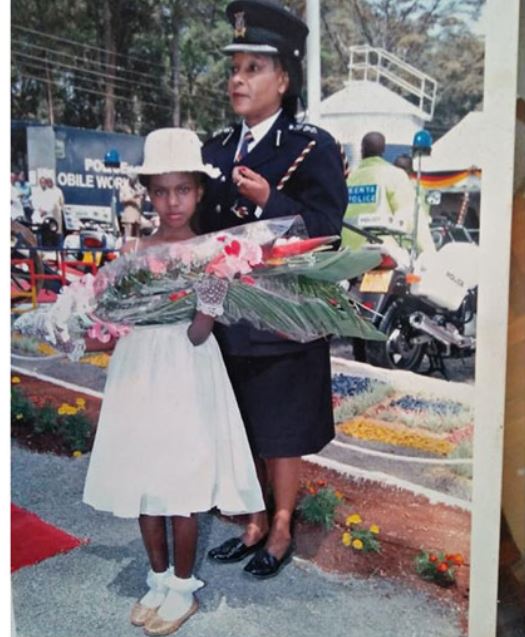 Growing up, I was known to be a jolly but shy, responsible and reserved person. We didn’t have much in terms of luxuries – I remember mum warning us not to go to the neighboring houses to watch colour TV.

But being the children we were, we would occasionally find ourselves breaking the rules having been influenced by our friends, only to end up paying the price. Not a very pleasant experience. I picked up the art of discipline really quick!

Having two parents who were musicians was fun. There was always music in the house – from Beethoven to Osibisa. I recall sitting next to my dad as we sang along to the lyrics of Elvis Presley and Fela Kuti.

There were times when my father accompanied my brother and I to various recording studios where we worked on several radio jingles.

With the money from the adverts, he would buy us text books and chips. This aside, it was a big deal hearing ourselves on radio and this made my dad proud.

After attending Highridge Primary School, I joined Pangani Girls High School. Unlike fellow day scholars, I benefitted greatly from different areas, among them time-management, self-sufficiency and being able to adjust to people from diverse backgrounds which made me a better, independent person.

I was quite approachable so I made a number of friends. I would spend time telling them about my experiences and we would end up chatting for hours about life.

Before I knew it, so many of my schoolmates started coming to me for advice whenever they felt discouraged. Back home, I became a different and more mature person. I was no longer the little girl next door who spent time watching TV. I occasionally begged mum to let me go clubbing but she wouldn’t budge. 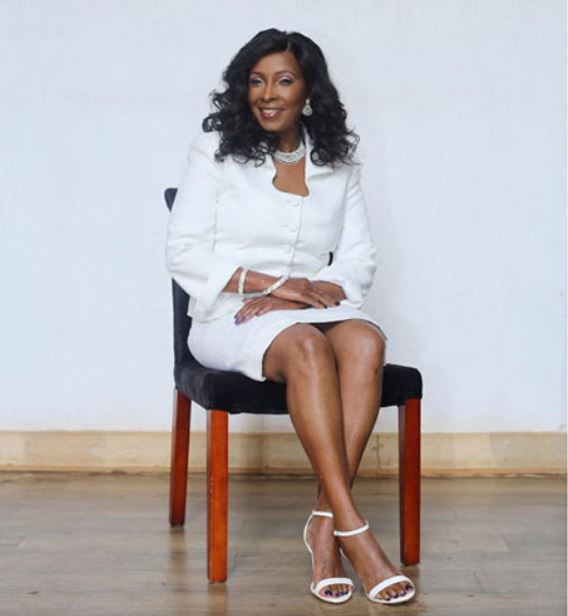 It was only years after high school that she let me go on my first official outing at The Carnivore. On this and other occasions, my father would accompany me. This went on for years until I finally got a driver’s license.

After high school, I joined the University of Nairobi where I pursued a BA in Sociology and German, followed by a Master’s in Sociology (Medical Psychology).

Not only did I make lots of friends but I developed self-confidence and finally found out what I wanted to be in life. During my free time, I would listen to music, read, run and spend time with friends and family. Things I still do to date.

I had a close relationship with mum but I was confined to rules and regulations which I had to follow to the dot or face her wrath.

For instance, when she wouldn’t let me go clubbing, I perceived it as some sort of punishment but, with time, I realised she had my best interests at heart.

Besides her strictness, my mother was and has always been very supportive of my dreams and goals. I remember once when I was on the verge of being sent home because of school fees; my mother pleaded with the headmistress and asked that she be allowed to wash dishes after the parent-teacher meeting to help raise the money.

This not only taught me to remain loyal to her but it made me realise the lengths she would go to ensure that I got good education.

After school, I chose to follow the yearnings of my heart and become a musician. I also ventured into the media industry with the support of my parents.

My father accompanied me to my first job interview and he and my mum were present during my first gig at Carnivore in 1997.

With time, music, got the better of me and before I knew it, I was going places, meeting people and making money. 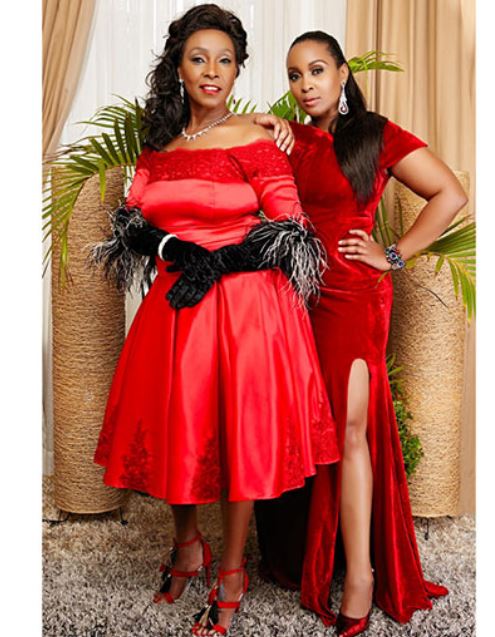 On mistakes in life and advice to girls and women:

Sheila says she has no regrets about how she has led her life. While admitting that mistakes do happen all the time, she says no one is an exception.

“I remember almost burning the house as a teenager while trying to bake my father a birthday cake and that was the end of my baking career. Mum was furious and dad had mixed feelings! She said she never wanted to hear about cakes in the house. To date, I still don’t know how to bake a cake.

Looking back at my past and to the person I have become today, I would not wish to change a thing. I am the kind of person who spends little time wondering or worrying what others think.

I believe in doing what makes me happy. It’s taken time to know that I owe no one an explanation for the way I live and when all is said and done, I have to be true to myself. My motto has always been: If you stay true to yourself, your family will always be there for you regardless of what others say or think about you.

As for friendships, I make friends very easily, but there are only a handful that have been with me through the good, the bad and the unbelievable. I treasure those who were with me before the fame. They see me for who I am. Each one of them is like a sun and we all revolve around each other.

My advice to girls and women in Kenya about their relationships with their mothers is that they should know that no matter what they may be going through, their mothers will understand their situations and are in the best position to advise them. 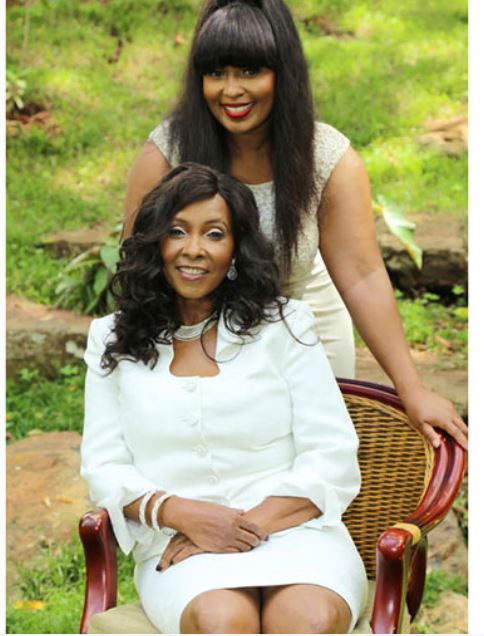 If I could count how many times my mother was right and I was wrong, I would be writing for days on end. Mothers always want the best for their children. In many ways, you shall become your mother as you grow so don’t be surprised when you find your mum’s presence in your home, even when she’s not there!

Mama made be beautiful from the inside out. My mother taught me what true beauty entails. It’s not physical. An accident taught me that. Everything can change in an instant.

True beauty is what’s on the inside. It always finds its way to the surface and is what really lasts. She taught me to go deeper than looks, learn to work hard and trust that God has a plan.

My weapon has been: Honour your parents and keep them in the loop on your life. Making it through life is not a one-man show, so walk with them and love them!

Loading...
Only in Kenya: Cops Fire in the Air to Rescue Corrupt Colleagues from EACC < Previous
Everything to Know About ‘Sue na Jonnie’ Actress Annestella Karimi Next >
Recommended stories you may like: