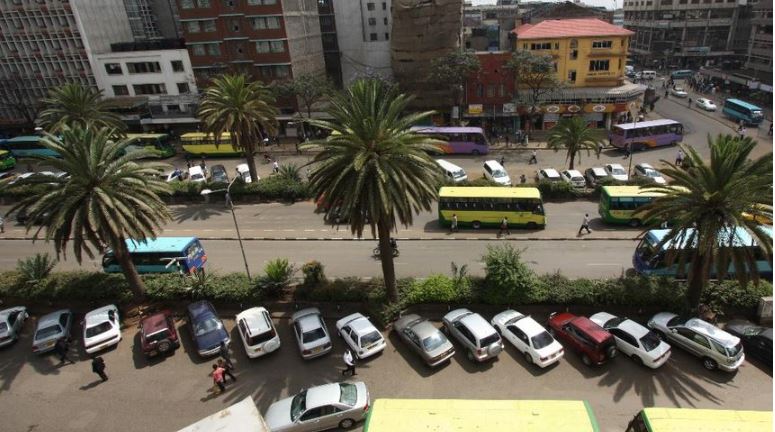 According to Sonko, City Hall has already reclaimed three parking bays with over 200 parking slots. They are targeting 50 other areas in a bid to plug the gap experienced by motorists.

In a statement issued on Monday, Sonko put on notice land grabbers in the capital warning that buildings on grabbed public land will be demolished.

“We have no room for land grabbers in Nairobi and my administration will not relent on its quest to reclaim all grabbed public land in Nairobi as promised during the elections,” declared Sonko.

Sonko’s remarks were echoed by County Director of Parking Tom Tinega who said the aim of the campaign is to increase the number of parking slots in the CBD in order to save Nairobi residents from the deficiency of parking.

“We have started the campaign in the CBD where a number of public parking bays have been grabbed by individuals who have redesigned the parking slots for their own personal benefit and we are targeting other 50 areas,” said Tinega.

“So far the county government has reclaimed three parking bays in the CBD with over 200 parking slots. The campaign will intensify in the near future and later we’ll move out of the CBD and repossess all the grabbed public parking bays.”

Some of the reclaimed parking slots include one between Nyayo House and Intercontinental hotel which had allegedly been converted into a private property.

“We want to warn the grabbers that we won’t entertain impunity. Governor Sonko issued a declaration that his administration will not condone land grabbers and that’s why we are on with this campaign to ensure we increase the parking slots in Nairobi by reclaiming the grabbed areas,” added Tinega.

“In August this year, Sonko repossessed a public land in Gigiri area next to the UN headquarters where a private showroom had been built on the land. The land was later converted into a fire station to serve residents of Westlands areas,” added the statement from the Governor’s Press Service Director, Elkana Jacob.

The Sonko administration seeks to avail more public parking slots in the CBD before the introduction of the Bus Rapid Transport system.

There have been plans by the county to increase the parking slots to 20,000.