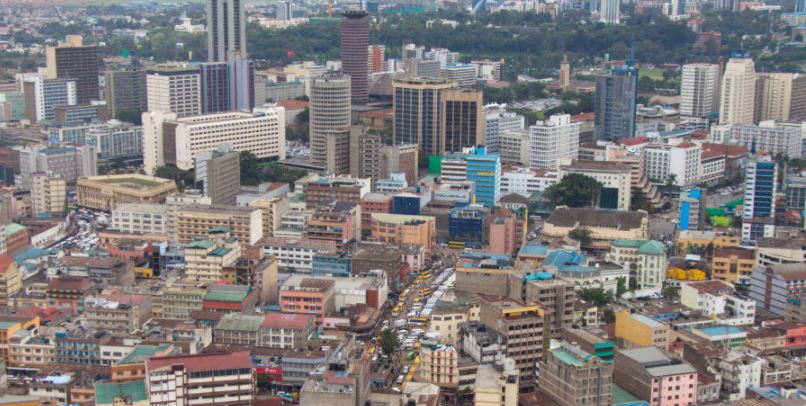 Mike Sonko has ordered owners of buildings within the city center to repaint their buildings in line with the Nairobi regeneration programme.

According to Sonko, the exercise should be carried out during the festive season for convenience. He said the move is aimed at restoring the city’s lost glory as the ‘Green City under the Sun’ and further called on proprietors to repair sections of pedestrian walkways in front of their buildings.

“I wish to encourage building owners to take advantage of this festive season when there will be lighter human traffic to bring back the aesthetic beauty of our city and improve the business environment,” said Sonko over the weekend.

The Nairobi governor gave the directive on Saturday when he led the monthly clean-up exercise at Kiboro grounds in Mathare Constituency.

“I understand the fiscal strain that this action will have on your businesses, but this will go a long way to restore the lost glory of our city,” noted Sonko.

To ensure building owners comply, Sonko warned that his administration would issue 2019 unified business permits to businesses in buildings and premises that have been repainted.

In February, Sonko made a similar directive but it wasn’t followed through.

During the monthly clean up exercise that happened in all 85 Wards. I ordered building owners within the city’s CBD to repaint their buildings within one month. My admin will only issue 2019 unified business permits to businesses in buildings & premises that have been repainted. pic.twitter.com/vSd2JPi2gF

Loading...
Hilarious Meme Compilation (Monday December 03) < Previous
Hilarious Posts by Kenyans on Social Media to Take Away Those Monday Blues Next >
Recommended stories you may like: