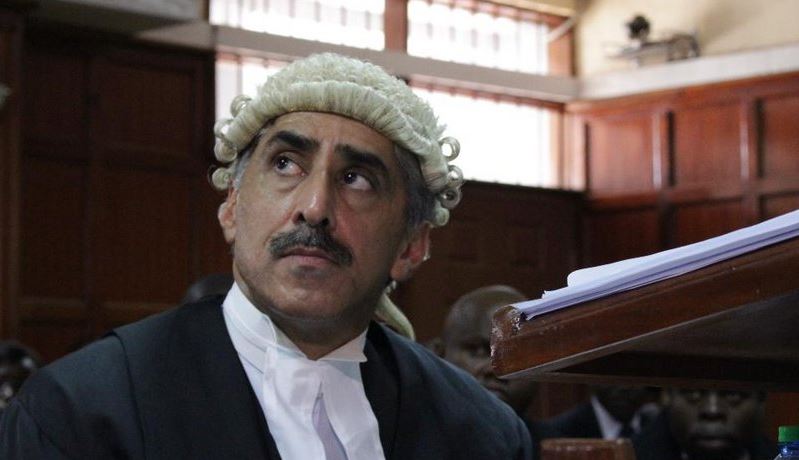 British lawyer Khawar Qureshi has stated that he has what it takes to prosecute Deputy Chief Justice Philomena Mwilu.

The Queen’s Counsel was hired by DPP Noordin Haji this week to lead the prosecution in Mwilu’s corruption case. This drew mixed reactions, with Siaya Senator and Mwilu’s lawyer James Orengo strongly opposing the appointment.

However, Qureshi says he has the experience and insights required to handle the high-profile matter.

“I’m an international counsel who has acted on hundreds of challenges to decisions of UK government and for different states on large-scale fraud and corruption matters including Nigeria, Russia and some African states I can’t mention. Hopefully, I can bring that insight on these issues,” Qureshi said in an interview with the Star.

Qureshi further noted that the team of lawyers who were originally on the case from the DPP’s office are able and have worked tirelessly to ensure justice is met.

Asked why he took up the task, Khawar Qureshi said he is duty-bound to accept the job so long as there is no conflict of interest and that the matter in question is within the ambit of his practice.

“As barrister of Queens’s Counsel of England, I’m instructed by governments of the world. I have worked for governments in Africa and represented the UK government on hundreds of cases including extradition and public litigation matters,” he said.

While announcing his appointment DPP Haji said he picked the London-based professor through single-sourcing after failing to find a suitable candidate through advertisement.

He noted that several cases are of great public importance and that it is important to prevent conflict between his office and the Judiciary.

Loading...
Diamond to Wed Tanasha on Valentine’s Day, Exactly One Year After he was Dumped by Zari < Previous
Suspected Gangster Shot Dead in Exchange of Fire with Police in Kayole Next >
Recommended stories you may like: