“President Uhuru is Entitled to his Opinion.” Maraga on Alleged Lenient Bail Terms 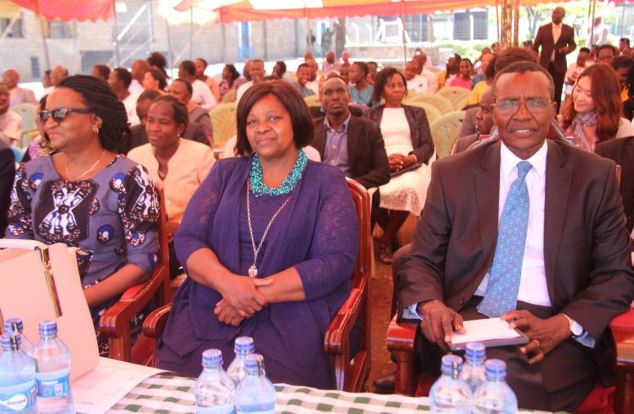 Chief Justice David Maraga has rebutted President Uhuru Kenyatta’s claims that the Judiciary is frustrating the war on corruption by issuing lenient bail terms to suspects of corruption.

During his Jamhuri Day speech, the Head of State expressed his disappointment that graft suspects are using the courts to derail justice. He further warned the Judiciary against being misused to protect impunity and to curtail the work of investigative agencies.

“I am again calling on the Judiciary to ensure that its procedures are not used to protect impunity. Kenyans’ spirits are dampened when we witness suspects released on ridiculously low bail terms, interference in legislative processes and the use of the court process to delay justice,” said President Uhuru.

But in his rebuttal, Chief Justice David Maraga has shifted the blame to the office of the Director of Public Prosecutions (DPP). According to Maraga, the prosecution of graft suspects has been dragging on for long because of the DPP’s failure to present courts with key documents on time.

He added: “There is no challenge, there is no small fish there is no big fish once we have evidence we will deal with those cases, what we are waiting for is the DPP to bring us evidence.”

“When starting a case there are times when DPP [Noordin Haji] has not got all the documents but we have talked to him and told him to come to court with documents to guard against unnecessary adjournments. They are working on it,” said Maraga on Sunday.

The President of the Supreme Courter further distanced himself from the determination of bail terms. He explained that bail decisions rest with the law as contained in the Constitution and the judges and magistrates handling the cases.

“The terms are with the judge and magistrate in charge, it is not with me. The law says that bail is a constitutional right which is not given freely but depends on several circumstances like if one can interfere with investigations or escape. If we are given evidence then we can deny them bond. So it rests with the court and not me,” he said.

“I have directed judges and magistrates that when they start a case they continue with it until its end before starting another one.”

The Chief Justice was speaking at a church service organised by the Seventh-day Adventist Church at Kamiti Maximum Security Prison.

Today, I joined the Kamiti Prison community in a special church service. pic.twitter.com/47HMwVZIWo

Loading...
One on One with Raila Odinga on Handshake Deal, Referendum, Relationship with President Uhuru < Previous
All The Trending Images This Monday Next >
Recommended stories you may like: