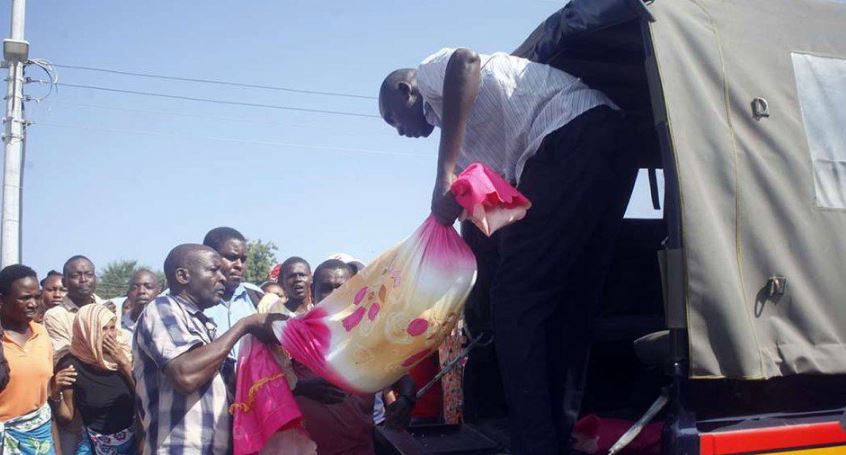 A man who stands accused of killing his two daughters in Mombasa County, confessed to the murder in court last week.

John Maina Wang’ombe, however, argued that he was under the influence of alcohol, and therefore not in the right state of mind. A police report indicates that he had spent all of Thursday- when he killed the children- drinking in their house in Mishomoroni area.

During his confession, the suspect wailed uncontrollably as he revealed that he began by hitting his children, aged six and four, with a weighing machine.

The suspect reportedly committed the crime shortly after calling the girls into the house to give them mangoes. His wife was at work at the time.

One of the girls succumbed to a stab wound sustained in the chest. The other girl was stabbed in the neck.

“It is true that I killed my daughters. I was drunk … I only realised [later] that I had committed an offence,” said Mr Maina told a Shanzu court.

The accused then sat on a jerrican next to the bodies of his children, Angel Wanja and Grace Wangui, for about an hour.

A neighbour, Mrs Lina Righa, who usually fed the girls in the absence of their mother, learned of their deaths when she went to check on them.

Senior Principal Magistrate Diana Mochache ordered that Mr Maina undergo a mental evaluation before a formal charge is preferred against him.

She also allowed the police to detain the accused at Nyali Police Station for seven days to complete their investigations.

The case will be mentioned on December 17.