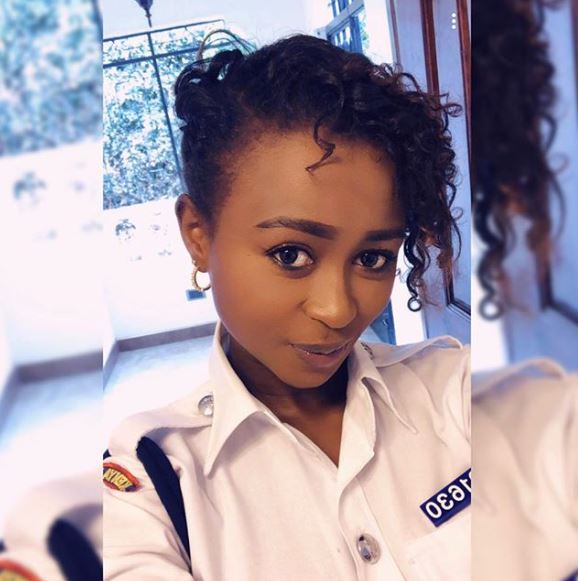 Kenya’s ‘celebrity cop’ Emma Brenda Wanjiru is clearly not looking forward to stepping out in the new police uniform.

Ms Wanjiru, who was crowned as Kenya’s Prettiest Cop by a unanimous vote about two years ago, has joined in the ongoing debate about a reported shortage for the specific fabric for the police uniform.

Taking to her popular Instagram page, Ms Emma Brenda appeared to take delight in the said shortage as reported by the Standard yesterday.

Posting a screengrab of the newspaper’s front page, Ms Brenda sarcastically joked: “I was looking forward to wear[sic] the new uniform this Christmas but wait who am I kidding ?????.” 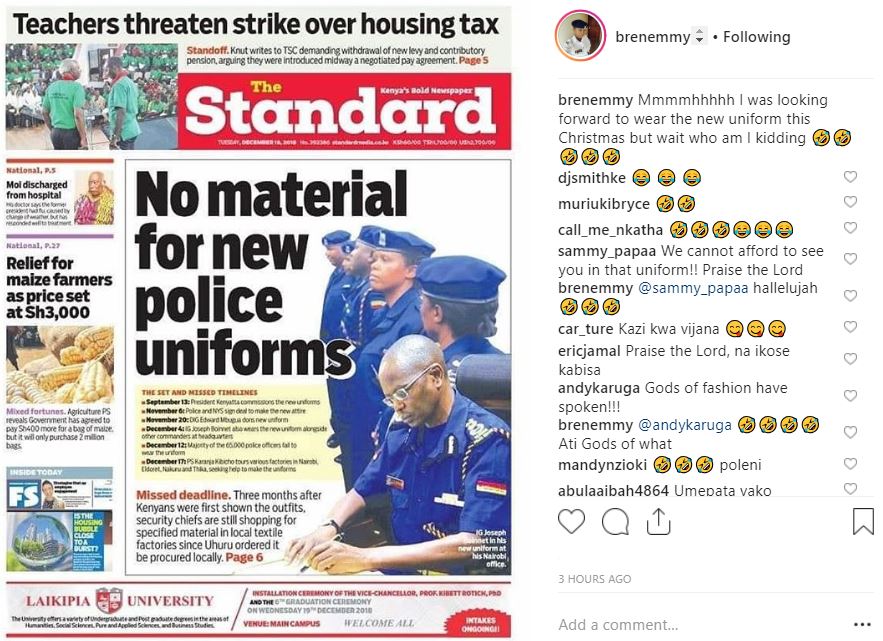 Brenda’s remarks come as a large section of her fans continues to ask the pretty cop when she will step out in the new uniforms.

When the uniforms were unveiled by President Uhuru in September, the cop also took to Instagram to take a dig at the royal blue police regalia. 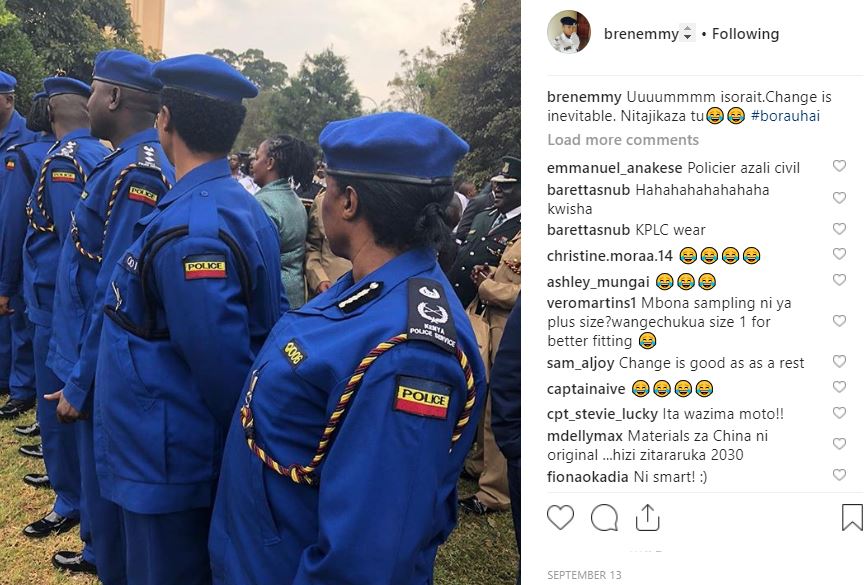 In the meantime, Ms Brenda Wanjiru has been stunting in the outgoing police uniform that will surely be missed after the new one is rolled out. 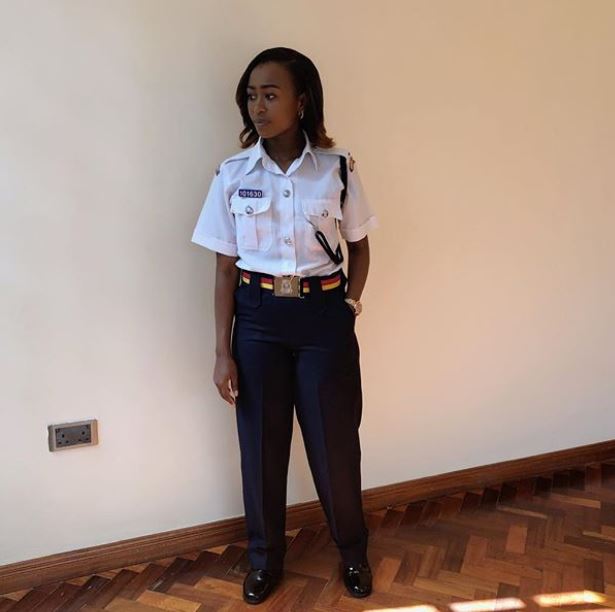 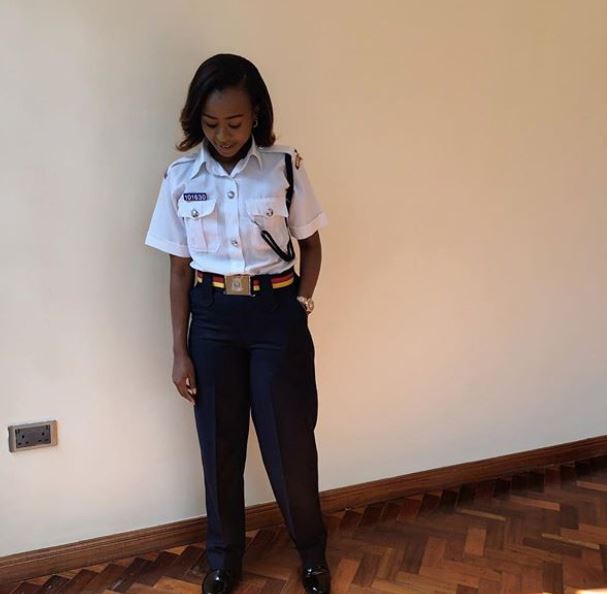 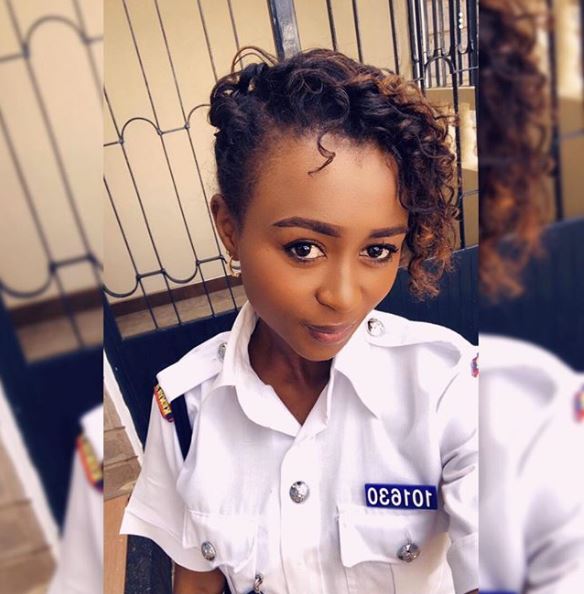 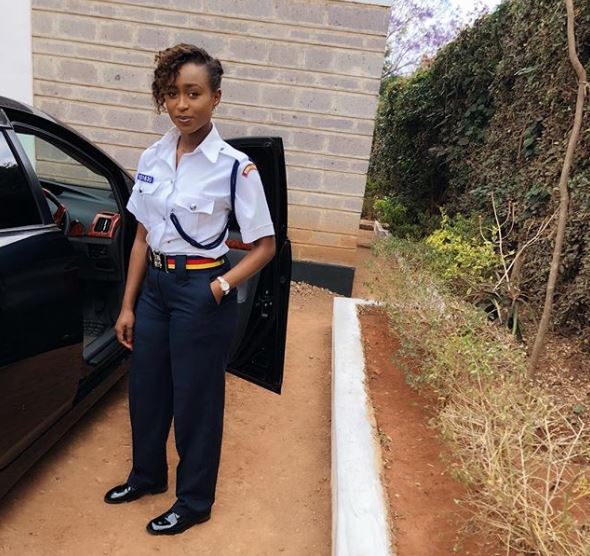 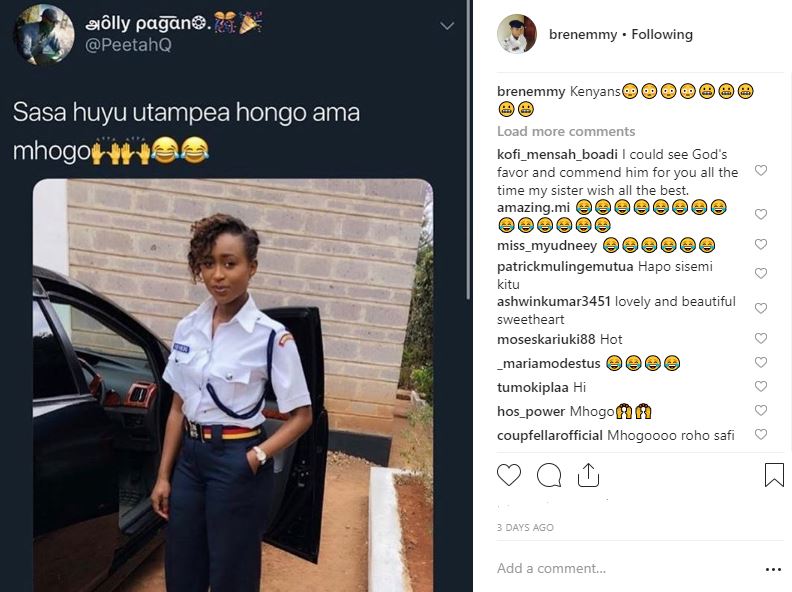