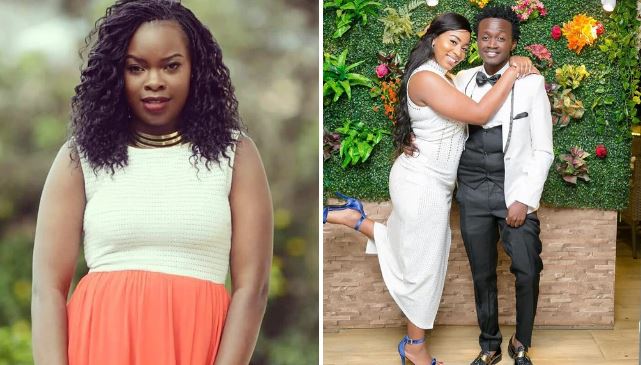 Diana Marua made the revelation during an interview on Radio Jambo, saying they have never met nor talked. “We don’t know each other because she was in a relationship with Bahati and when I came in, she was not in his life,”

She added: “Her daughter comes home at least once a week. She is innocent and she doesn’t have to be involved in all what people are saying.”

According to Bahati, his relationship with Ms Obura was “puppy love”.

“I like to be open because I want to inspire other people. Being a gospel artiste does not mean I don’t have a past. Everyone has a past and it was puppy love,” Bahati said during the interview.

On how they handle online trolls, Diana said, “At the beginning, it was so hard but it reached a time I had to accept the life because it is about me, not what people are saying.”

“The worst troll was when bloggers said Bahati did a DNA test for our daughter Heaven without my knowledge. I had just had a baby and had healed from postpartum, and it was so hard on me when I read such information,” added Marua.

Bahati explained that he had done a DNA test on his first daughter and bloggers picked up that story.

Loading...
The Top Stories on the Internet Today (Tuesday December 11) < Previous
PHOTOS – Comedienne Anne Kansiime Madly in Love with New Catch after Divorce Next >
Recommended stories you may like: