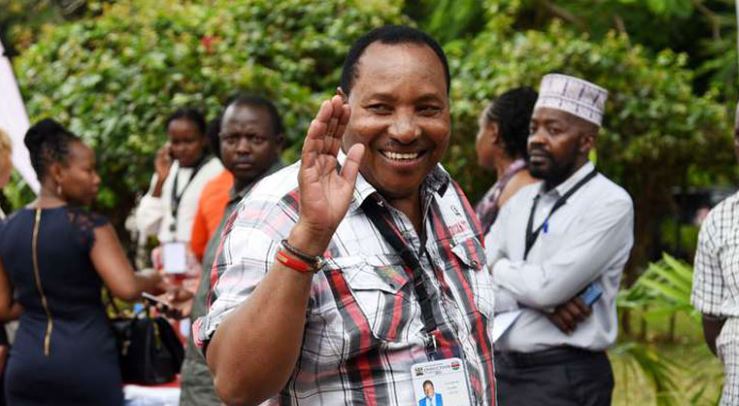 The Postal Corporation of Kenya has written a protest letter to Governor Ferdinand Waititu threatening to sue the Kiambu county boss for grabbing its piece of land in Makongeni area, near Thika Town.

According to Post Master General Dan Kagwe, Governor Waititu did not seek the permission of the corporation before trespassing its 1.9 hectares of land with the plan of constructing a bus terminus to decongest the area.

The posta estate officer states the land was not lying idle as claimed by the county government but had already been partitioned and leased out to four clients who had already made payments.

But Governor Waititu has refuted the alleged grabbing and reiterated that the land will be put into use to decongest the Garissa Road. Plans to put up a bus terminus on the parcel of land are already underway.

This is not the first time the Kiambu County Government has attempted to edge out the corporation from its property. In a court ruling, Governor Waititu has been ordered to remove a bus terminus constructed in another piece of land belonging to Posta.

The postal corporation says it has written a protest letter to Governor Waititu’s office, saying it would proceed to court should the construction continue.