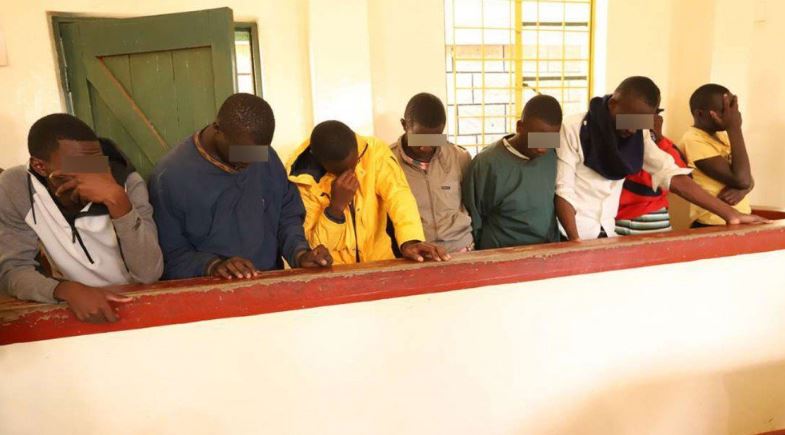 Eight former students of Ambira High school who were arrested for alleged exam cheating and insulting Cabinet Secretaries Amina Mohamed (Education) and Fred Matiang’i (Interior) have been released on a free bond.

The students, who sat for the KCSE exams last month, appeared at the Ukwala Resident Magistrates Court on Monday.

Senior Resident Magistrate Gladys Adhiambo released the suspects and directed that they must appear before Ugunja DCIO’s office when summoned until their case is determined.

The Judge ordered the students with identity cards to leave them at Ugunja police station while those without were asked to leave their parents’ or guardian’s phone numbers.

The State prosecutor noted that even though the students had been released, investigations on alleged exam cheating will continue.

The students had been in police custody from last week after the prosecution requested for more time to complete investigations. They were charged with the offense of being a public nuisance contrary to section 94 of the penal code.

Loading...
Local Comedians Reveal Shocking Things they did After KCSE < Previous
Defiant Zari Refuses to Surrender Mansion Bought by Diamond Next >
Recommended stories you may like: