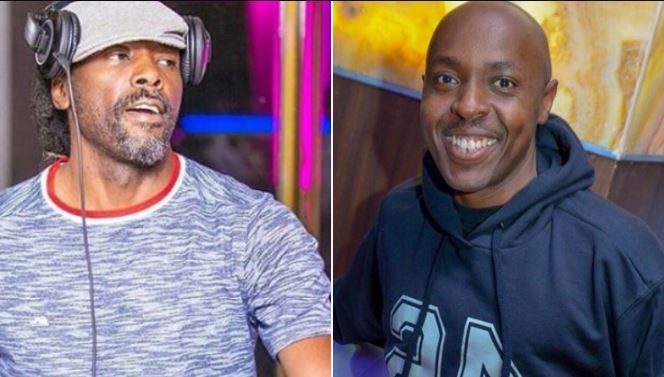 The veteran Kenyan disc jockey – DJ Adrian – has added his voice to the debate on mediocre local music as alleged by DJ Pinye.

According to Adrian, a long-serving deejay at Capital FM, DJ Pinye was instrumental in the success of several Kenyan artistes such as Gidi Gidi and Maji Maji.

“I know for a fact that Pinye was an important part of various artists’ careers back then and I feel that if you could just talk to them then you could get the real story. He even went on tours with most of them,” said Adrian.

Adrian, who is set to play at the second annual Diani Beach Festival on New Year’s Eve, further stated that they – as deejays – played and continue to play a pivotal role in the local music industry and that their efforts should not be downplayed.

“Personally, I was the first Kenyan deejay to tour the United States back then, and all I did was play Kenyan music during my shows; which got us much needed recognition out there and developed our industry,” added DJ Adrian.

DJ Pinye caused a social media storm a couple of weeks ago after he confessed that he never played some Kenyan musicians songs on his ‘The Beat’ show because their content was mediocre.

DNA, one of the artistes mentioned by DJ Pinye alongside Khaligraph Jones, even went ahead to drop a diss track dubbed ‘Kapinye’ but it was deemed medicore.

RELATED: DNA Diss-Track on Pinye is the Mediocre Music the DJ was Complaining About – Listen

Loading...
The Top Stories on the Internet Today (Thursday December 20) < Previous
Ruth Matete: I was Wrong to Participate in TPF as a Christian Next >
Recommended stories you may like: