Blow to NTSA in Plan to Phase Out 14-Seater Matatus 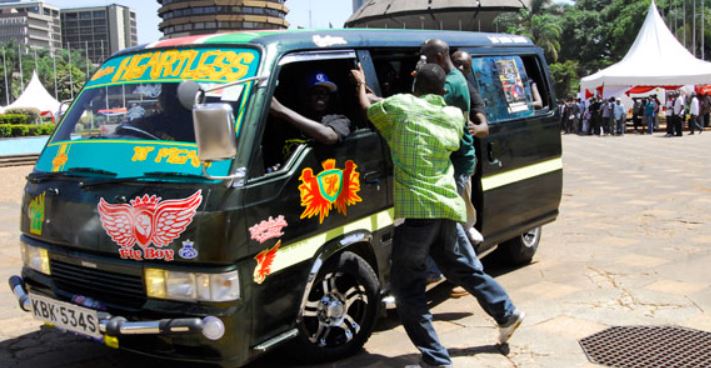 The National Transport and Safety Authority(NTSA) will have to wait a little longer to implement its plan to phase out 14-seater matatus.

This after the High Court temporarily blocked the Authority from bringing to an end the licensing of the low-capacity public service vehicles (PSVs).

They claimed that as at November 2018, the directive had not been implemented and that the suspension resulted in an increase in the number of the said matatus on Kenyan roads.

In his ruling, the judge issued an order suspending a legal notice which requires PSVs whose seating carrying capacity is less than 25 passengers not to be licensed. The directive was to be operational from January 1, 2016.

“An order of prohibition is hereby issued until February 15 prohibiting the NTSA from effecting Section 4(2) and 4(3) of Legal notice 179 of December 31, 2014 when processing the Road Service PSV licenses for the petitioners,” said Justice Mwita.

The Judge, however, said he will issue a comprehensive ruling on February 15, 2019, since the government had already indicated that the first batch of light trains and high-capacity commuter buses will arrive in Nairobi around that time.

Early this month, Transport Cabinet Secretary James Macharia said that the first batch of 11 trains and 64 high-capacity commuter buses will arrive in Nairobi in February, 2019.

“Plans are underway for the implementation of integrated train and high-capacity bus transport system in Kenya,” Mr Macharia said.

He said the plan will be implemented in Nairobi and other major towns in Kenya within a period of two to three years.

Loading...
Not Over Yet! Martha Karua Heads to the Supreme Court to Appeal Waiguru’s Election < Previous
Hilarious Meme Compilation (Friday December 21) Next >
Recommended stories you may like: