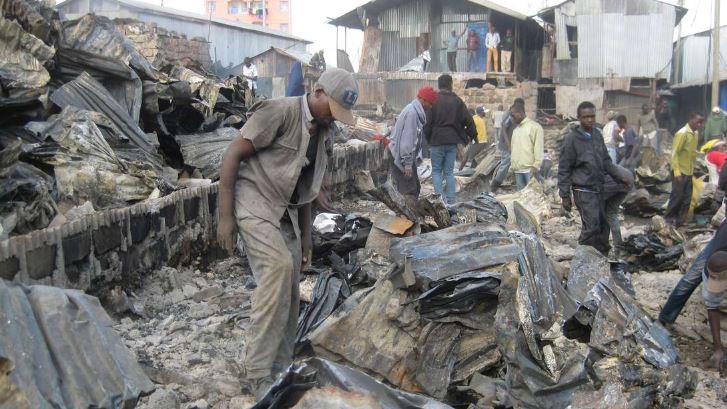 Their mother collapsed upon learning of their death and was rushed to a Nairobi hospital for treatment.

Area security chairman Dominic Njuguna said the incident took place at around 7.30am after the mother of the deceased had gone to buy a morning snack.

Mr Njuguna said the mother, 18-year-old Celestine Machaga, went for the short errand, leaving her children in the house alone with a stove on that was cooking tea.

Her husband, Geoffrey Machaga, who is a casual labourer had left for work before the incident happened.

“She had gone to buy mandazi for the children. A stove was boiling tea while the door had been locked from outside. She had not even bought the commodities before she heard screams and after turning back, she saw her house engulfed in flames. Those who responded first could not access the house due to the raging flames as the fire spread fast to other houses,” Njuguna was quoted by Nation.

He added that valuables in 20 houses were reduced to ashes.