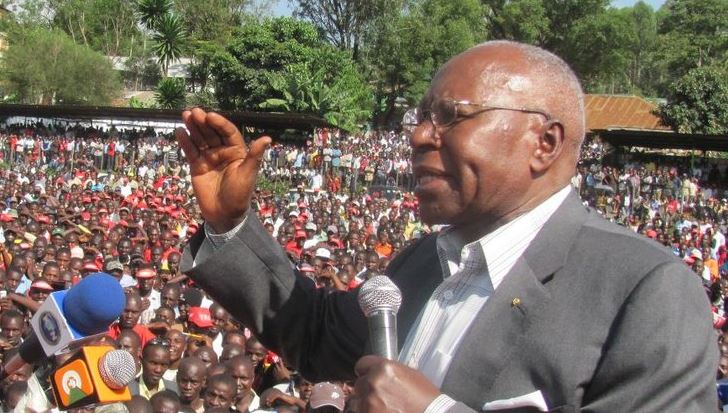 A manhunt is in effect for the house help of former minister Simeon Nyachae over the theft of Sh5.1 million from a safe in the family bedroom.

The cash was reportedly stolen from a safe belonging Mr Nyachae’s wife, Grace Wamuyu, while she had travelled to the UK to attend to her ailing husband.

Court documents reveal that Mrs Nyachae travelled to the UK on September 30 and left the four employees to man the home.

She returned to Kenya on October 7, 2018, with Mr Nyachae and the following day, October 8, 2018, she found the safe empty and keys in the keyhole.

Mrs Nyachae says on September 28, 2018, she opened her safe box to get some cash but she forgot to take out the safe keys.

Police have since arrested the suspect’s daughter, Grace Waitura, “who picked her from the residence and escorted her to Kitengela”.

“The investigation commenced and Grace Waitura was arrested on October 29, 2018 on the strength of the Safaricom phone calls data which showed she had picked the suspect and escorted her to Kitengela area,” an affidavit sworn by a CPL Jacob Mong’are says.

Police wanted Waitura detained for a week to complete investigations, but a court rejected the request.

“The respondent has information of the whereabouts of the suspect and if released it will be difficult to effect arrest and make recovery of the stolen money,” police say in court documents.

Milimani Law Courts magistrate Kennedy Cheruyoit set her free unconditionally, questioning whether she had an obligation to lead the police where her mother is and if she is an accomplice.