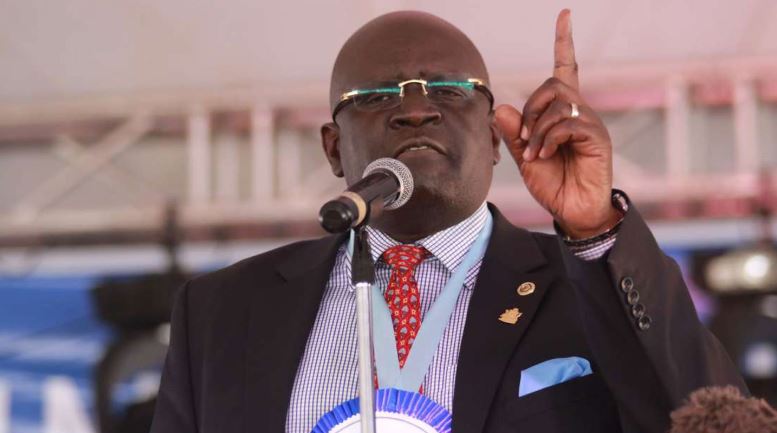 According to Magoha, consumption of pornographic content among school-going children has significantly contributed to the rise in cases of early pregnancies.

“Access to pornography via the Internet has contributed to the increase of teenage pregnancies in Kenya. These websites should be blocked,” said Mr Magoha.

He noted that: “The girl child needs a lot of care because she is the most affected.”

“Getting pregnant when you are not ready is primitive. It shows that there is moral decadence in society and that parents are negligent.”

Magoha also faulted the country’s leaders for overlooking the importance of sex education in schools.

“It is disappointing that leaders do not take talk about family planning but cheer people on to multiply and fill the earth. It is outdated for people to argue that sex education in schools should be delayed. This is the time to introduce such lessons in schools,” said Mr Magoha.

He was speaking at Nairobi School on Wednesday, November 28, after KCSE candidates wrote their last paper.

On reports of leaked exam papers, Magoha denied the claims saying a few issues of malpractice were expected but nothing out of the ordinary.

Loading...
All The Trending Images in Nairobi Today < Previous
Embu Governor Under Fire for Spending Sh30 Million on Condoms Next >
Recommended stories you may like: