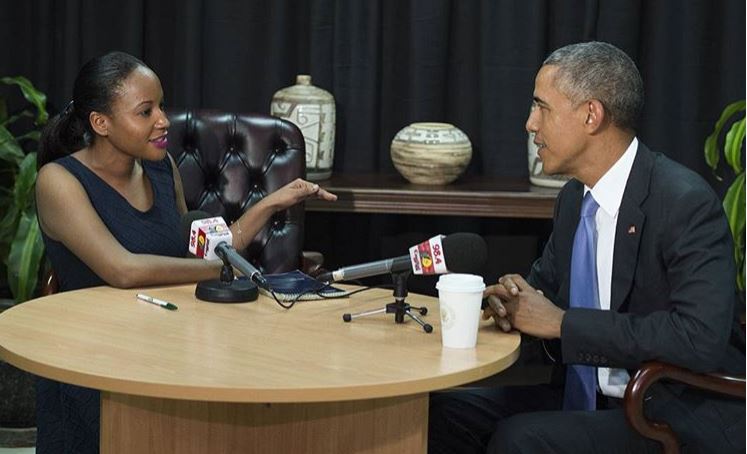 NTV news presenter Olive Burrows is one of this year’s revelations in television news anchoring having transitioned from the radio.

Burrows, the only Kenyan journalist who interviewed former US President Barack Obama during his visit to Kenya, joined the NTV roster of news anchors earlier this year and was paired with the more experienced Dennis Okari.

The pair soon hit the ground running and became a big hit among viewers and their chemistry has even had some people urging them to date.

Olive Burrows opened up about her relationship with Dennis, her transition from radio to TV, regrets, gossip and heart break.

You have a wealth of experience in journalism, how have the last few months been since you started anchoring news on television?

I keep telling guys it looks easier than it is. One would think it will be easy just sitting on the chair, but it takes practice, effort and going home and re-watching yourself and saying that I did not do that right. This was not conversational; the meaning did not come out right.

It has been challenging but also in a good way because it has forced me to grow and improve, and that is what I was looking for when I needed to move from radio to TV.

Why the change from radio to TV?

I think it was time. I had done almost six years at Capital FM and risen through the ranks, from a reporter up to associate editor. With radio I felt like it was not much of a stretch; it’s like you are on auto pilot. You just do it and you can do it with your one hand tied at the back. I wanted to prove to myself that I can do it. 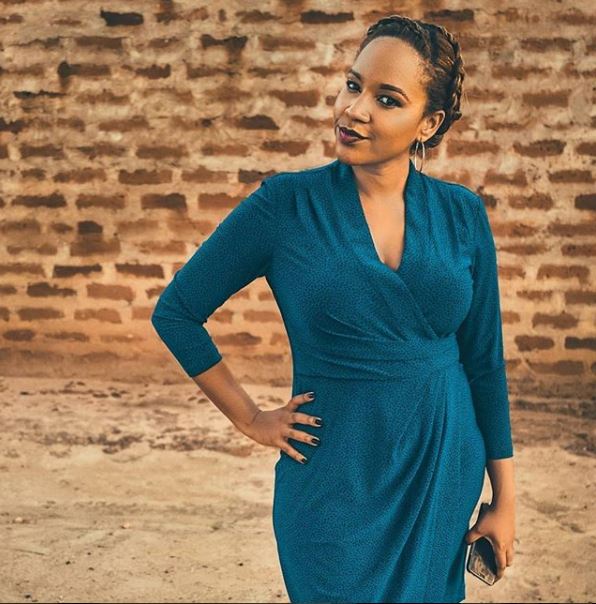 How did you start it all?

My mum lost her job when I was in high school, so my relatives came in to help with my education. When I was in my second year in campus (Daystar University) I wanted to have some pocket money and also some cash to help out my mother. I loved to write. I wrote to an editor at E-Girl but she told me that it was closing down and that she was now moving to Daily Metro.

I started by writing about entertainment. I also contributed to several magazines and learned a lot. I remember one day Wayua Muli (editor of Saturday Magazine), who was an editor of True Love, taught me how to report facts and fantasy. This was after I had interviewed Senator Naomi Waqo and she told me how her husband unfortunately passed away in a plane crash. So she was imagining that her husband broke the window and threw his wedding band out as the plane was about to go down. At the time I didn’t know that one couldn’t break a plane window. I wrote that down.

You are in the public eye now, people write and comment to almost everything about you, how do you take it and do you read all the comments?

I’m grateful that people like the pairing of Dennis (Deno) Okari and I. It is genuine; we don’t act, that is who we are. I always get calls of people telling me that they are eating popcorns and laughing because of what has been written.

Okari has been in the industry for a while, what went through your mind after you were paired to anchor news together?

We had never met before, I don’t know, I didn’t know what to expect. I didn’t know if he was someone who is friendly or a snob. Deno was himself and he allowed me to be myself. He was honest with me. He kept telling me to slow down because I speak very first. He helped guide me and improve my skills.

Who shared the pictures of you helping him out with makeup and tying his tie? Explain the chemistry between the two of you?

That picture was not taken with our knowledge. I’m a woman. Deno is a guy. And, not that I have much experience with makeup, he was sort of doing the wrong thing with the brush and I wanted to help him. I can say we have grown comfortable with one another and that is a thing I would do for a friend. Our chemistry is genuine. 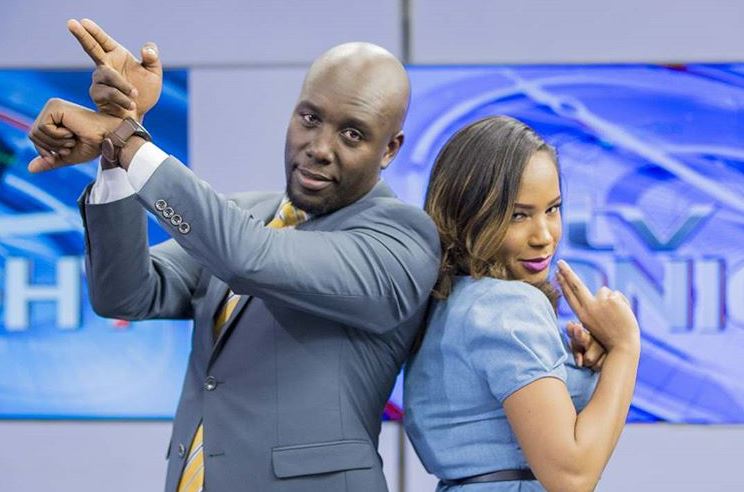 After that, the picture went viral and people encouraged you to get married, what do you say?

That is not gonna happen.

Kalekye is your middle name, tell us about your childhood, growing up and why you never learned to speak Kamba?

I have always wanted to. I think that is one of my biggest mistakes. I have a four-year-old nephew who speaks Kamba so fluently. The other day he was asking me questions about body parts by pointing at them, the way kindergarten teachers do.

My mum never spoke to me in Kamba and then our teachers would encourage us to speak English and Kiswahili. I grew up in Nairobi West and attended Malezi Primary School in Lang’ata, then Kenya High School. I never met any of my grandparents and my mother was a single parent but now I’m working on it.

Who do you look up to in the media world?

I like Lukwesa Burak of BBC. There is a way she delivers news that is just so conversational–it’s like she is not reading it, but telling me a story. I want to get there. I just want to be myself and not be stiff. The other day, my boss was asking me, why you don’t wear skirt suits like Beatrice Marshall. He really liked her and I was like “that is not me”. I want to be me and be credible.

What would you advise a 21-year-old Olive Burrows?

Be kinder to yourself. I think sometimes the voices in people’s head are more critical.

What do you think the media in Kenya at the moment is getting wrong?

We should be more accommodating to people because at the end of the day they are still human. About TV news, I think sometimes there is too much focus on how one looks. I guess you need to look presentable, what I’m wearing should not be a distraction.

If your mum was here right now, what do you think she would say?

Oh my gosh please don’t make me cry. She would be so proud. I remember when I was young and I would stand in front of a mirror with a hair brush. During school holidays I used to stay up late watching CNN.

She would be so proud, coming from that girl standing in front of a mirror with a hair brush to this woman who is actually reading the news. Sometimes I feel sad because she didn’t get to see the transformation.

Loading...
All The Trending Pics This Monday < Previous
DPP Okays Prosecution of Chinese SGR Workers Over Sh500K Bribe to DCI Detectives Next >
Recommended stories you may like: