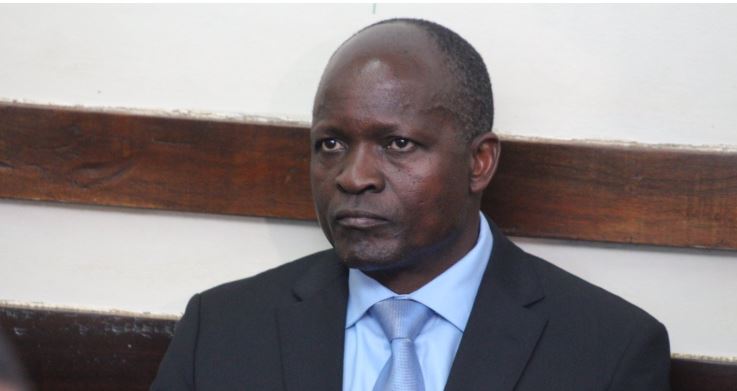 Relatives of besieged Migori County governor Okoth Obado have accused the Orange Democratic Movement(ODM) of being behind his tribulations.

Led by Obado’s brother Daudi Obado, the family claims the frequent arrests of the governor are politically instigated. Daudi noted that they are aware of political leaders within ODM party who are out to frustrate Okoth Obado.

Obado’s kin said the governor’s woes began in 2013 when he contested for the ODM party ticket but was “denied,” forcing him to vie on a People’s Democratic Party (PDP) ticket instead.

Daudi also threatened that they would rebel against the Raila Odinga-led ODM party if the troubles of the county boss do not come to an end soon.

“In 2013, the same Obado contested for the seat of governor in Migori… when the nominations were just approaching, his name was removed from the register,” said Mr. Daudi.

“Eventually, these same pretenders of ODM could not campaign for their candidate… they instead campaigned for an independent candidate. So why is it Obado always?”

Daudi’s sentiments were echoed by another family member, Samwel Odhiambo, who claimed the arrests of Obado are meant to intimidate him. He declared that they will not “sit back and watch their son subjected to frequent harassment.”

“As a family, we are sad that he (Obado) has not been given an opportunity to work. Everyday he is arrested over different cases… yet all these cases do not have grounds. And so we are not happy… and we are appealing to politicians to let Obado work,” said Mr. Odhiambo.

The Migori governor spent another night in police custody on Thursday following his arrest on Wednesday after 8 guns were found during a raid on his homes in Migori and Nairobi by detectives from the Ethics and Anti-Corruption Commission (EACC).

Obado still has a pending case in which he is accused of murdering Rongo University student Sharon Otieno and her unborn baby.

Loading...
The Trending Images This Friday < Previous
Beryl Owano: Everything to Know About Fast-rising Kenyan Singer Next >
Recommended stories you may like: