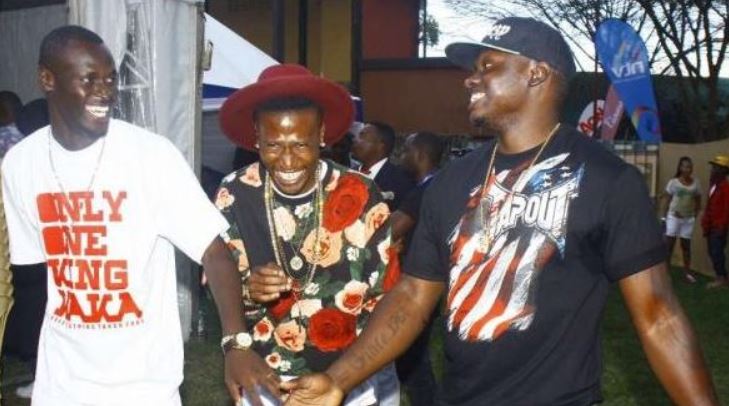 Despite Khaligraph Jones’ attempts to move on from his purported rivalry with Octopizzo, the latter doesn’t seem too keen to bury the hatchet.

The Kibera Namba Nane rapper has once again taken a jibe at Khaligraph Jones on social media. While Octopizzo most certainly wasn’t intending to throw some shade at Omollo, circumstances beyond his control made him do it.

This happened on Twitter this week when Octopizzo took to his handle to gas up fellow purported rap rival King Kaka as he prepares to drop his project this weekend.

In the rare praise of King Kaka, Octopizzo described the ‘Dundaing’ hitmaker as “fellow royalty”.

He tweeted: “This Friday, one of my Favorite if not only East African Poet & fellow Royalty @RabbitTheKing will be Dropping his Album, Make sure you attend the event & purchase his Hard worked project. Apuoyo Am KUJAIN’GGGGG #EastlandoRoyalty.”

Naturally, when the two are rappers are mentioned, Khaligraph Jones also pops up. 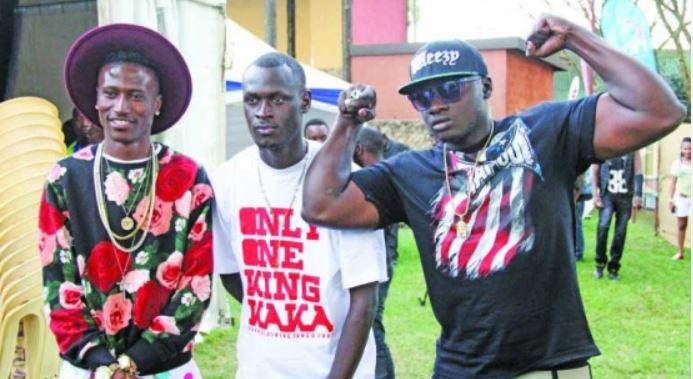 One of Octo’s followers replied to his tweet asking the rapper to also endorse and big up Khaligraph Jones.

“I read this and it absolutely warmed my heart for real sasa do the same thing with Omollo pia wan jokangato kikwayware uru,” wrote the follower, identified as Baba Jay.

To which Octopizzo couldn’t resist a jibe at his rap archnemesis. He wrote, “Huyo mwenye umetaja simjui.” 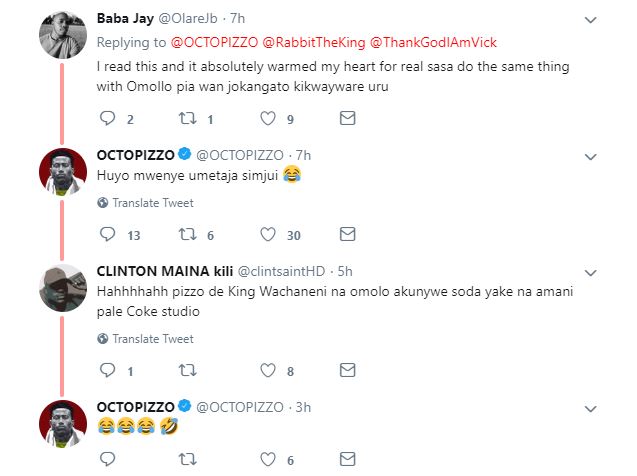 This Friday 30th one of my Favorite if not only East African Poet & fellow Royalty @RabbitTheKing will be Dropping his Album, Make sure you attend the event & purchase his Hard worked project.
Apuoyo Am KUJAIN’GGGGG #EastlandoRoyalty pic.twitter.com/MHLC0L6Ysk

Octopus ? supports rabbit ?
If @OCTOPIZZO is attending who am to miss yawa ???

Seeing this support is a blessing to the industry??✨thankyou sir

Great. This is exactly how we are supposed to work,lets support each other and together we shall grow and go far @OCTOPIZZO @KHALIGRAPH ALL of you 3 are the Creme of Africa when it comes to Hip Hop music your diverse styles is actually your strengths #EastlandoRoyalty

Loading...
Rosemary Odinga Regaining her Confidence after Losing Eye Sight < Previous
Sh10 Million Worth of Counterfeit Booze Seized in Nairobi Next >
Recommended stories you may like: