Nairobi’s Moi Avenue to be Converted into One-Way Street 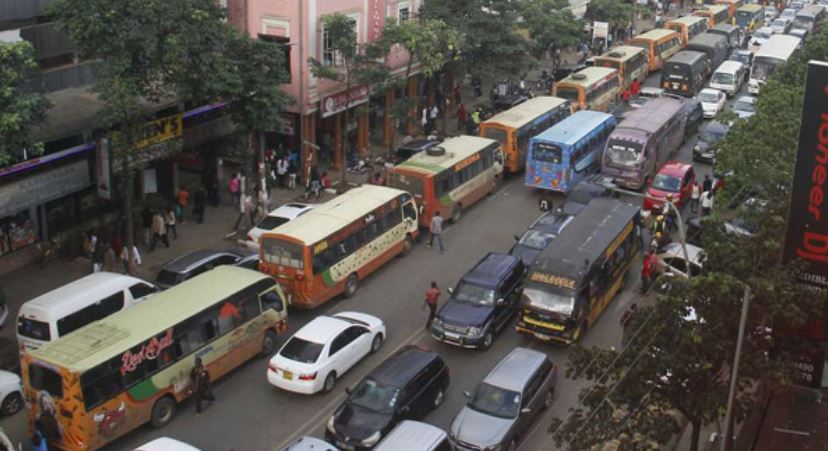 Nairobi County has announced plans to convert the busy and congested Moi Avenue into a one-way street.

Transport and Infrastructure executive Mohamed Dagane said the change will help accommodate the traffic that will be brought by the implementation of the much-hyped Bus Rapid Transit (BRT) project.

“We are also working to see that all illegal termini and stages are done away with and we are going to make sure we stick to the gazette notice of May 2017 in terms of making sure that only designated termini are the ones to be used,” he said.

This is in addition to Sonko’s government hiring traffic marshals who will man the many junctions across the city with the aim of reducing congestion during peak hours.

“For a more efficient and free flow of traffic, we also plan to set up an integrated system to manage traffic lights across the whole city, starting from the city centre,” he said.

The Nairobi County official further revealed that City Hall officers have been put in place to ensure that the ban on boda boda operators from the CBD is enforced to boost security.

Loading...
Jacque Maribe: My Relationship with Itumbi is Deeper than Love < Previous
The Hottest Stories on the Internet Today (Monday November 5) Next >
Recommended stories you may like: