Millie Odhiambo: I Only Wear Victoria’s Secret Underwear not Thongs 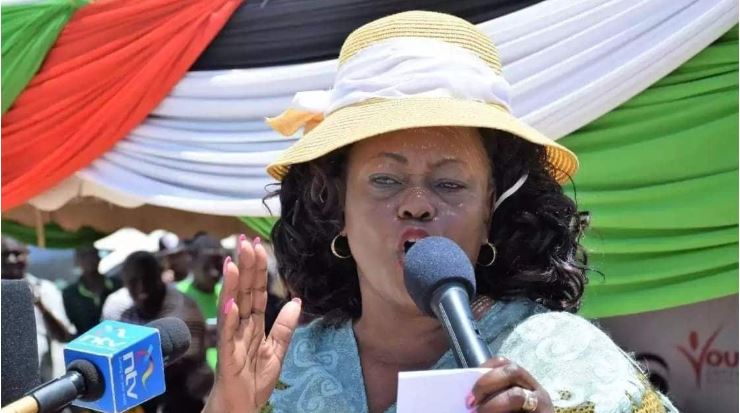 The outspoken Mbita MP made the remark in Parliament on Thursday, November 22 to dispel the misconception that she wears thongs.

The lawmakers were revisiting the October 2017 incident, in which Embakasi East lawmaker Babu Owino and his Starehe counterpart Charles “Jaguar” Kanyi, engaged in a physical fight.

In her statement yesterday, Millie Odhiambo referenced the chaos that rocked Parliament on December 18, 2014, during a debate on the contentious Security Laws Bill when she accused Moses Kuria of punching and stripping her.

While denying the allegations four years ago, Moses Kuria claimed that it was Millie who removed her underwear and threw it on the floor of the House.

“She is the one who actually removed her panty and threw it on the floor of the House. She was behaving like a mad woman saying how Luo women are not embarrassed of their nakedness.”

Millie Odhiambo Thursday demanded that the House acknowledge that she was wronged back then.

“Every other time, people tend to think that chaos would rock Parliament when MPs differ. Some people even say Millie Odhiambo will throw her thong,” she said.

“For your information, I do not wear thongs, I only wear Victoria’s Secret. And, no amount of sexual intimidation can put me down. Let the MPs acknowledge that a wrong was done to me,” she declared.