Matatu Crackdown “Now Going to be a Way of Life”, Vows CS Matiang’i

Interior Cabinet Secretary Fred Matiang’i has reiterated that the government will not back down on the recently reintroduced Michuki Rules aimed at restoring sanity on Kenyan roads.

According to Matiang’i, the police crackdown on matatus that left commuters stranded on Monday following a strike by operators will now be a way of life.

He implored Kenyans to be prepared, ‘even if they will have to walk to work’ until the government is satisfied matatus have complied with the law.

“Kenyans let’s come to terms with this. We are not doing this campaign for a month it is now going to be our way of life,” he said.

The tough-talking CS further cautioned matatu operators against going on strike and blackmailing authorities to abandon the crackdown.

“They can keep them at home as long as they want because we are not changing our position,” Matiang’i said.

“You are not licensed to blackmail people…you cannot continue with such a business…It is time to re-look those licenses.”

He warned that operators who hike their prices risk lossing their licenses.

“We expected them to do this today. They will lose their licenses today. I can assure you,” he said.

Responding to operators who have asked for more time to comply with the Michuki rules, Matiang’s simply asked, “Time to do what?”

He noted that the government had given adequate time to the operators but many have not complied with the detailed rules and regulations.

Matiang’i’s sentiments were echoed by Transport CS James Macharia who said the government will carefully monitor and determine which vehicles and saccos were not on the road because they were ‘forfeiting’ their licenses.

“By them not being on the road they are giving a message that they do not require licenses. If you were given a license and you are not using it, you might as well withdraw it,” he said.

Matatu operators have since called off the strike. 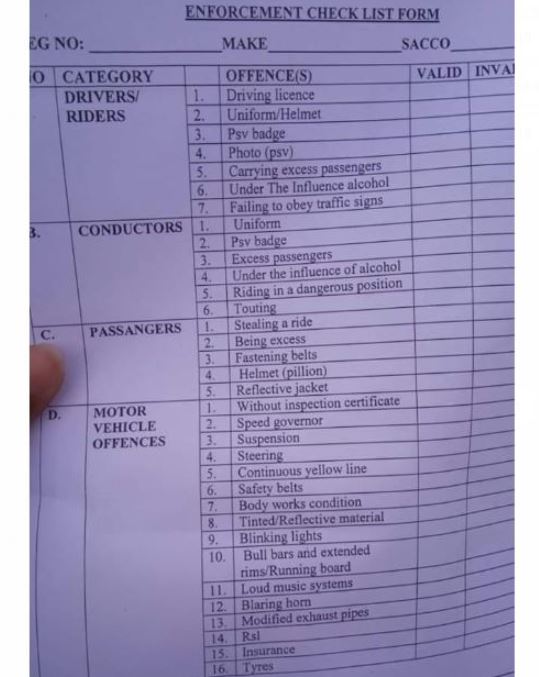 Loading...
Comedian MC Jessy “Takes Full Responsibility” for Distasteful Joke About Elderly Man – VIDEO < Previous
The Top Stories on the Internet Today (Wednesday November 14) Next >
Recommended stories you may like: