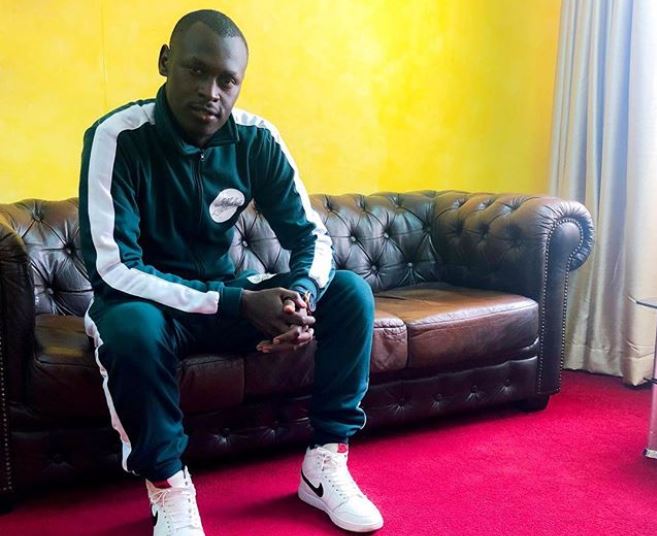 Kevin Ombima otherwise better known as King Kaka is gearing for the launch of his fifth album ‘Eastlando Royalty’, scheduled for November 30 at the Uhuru Gardens.

The rapper has had quite the year leading to the album launch; in addition to landing multiple corporate endorsements, King Kaka has also been at the forefront of giving back to the society with the King Kaka Sanitary Bank Campaign.

He was also recently invited by the Bill and Melinda Gates Foundation for the Annual Goalkeeper Conference. He also became the first East African to be interviewed on Hot 97, one of America’s biggest radio stations.

King Kaka spoke to Buzz about it all.

How are you able to separate your brand as an artiste, businessman and a philanthropist?

It’s all about scheduling and timing. Whenever you plan, you will always know what falls where, regardless of timelines. I am a strong believer in time and delegation.

You were in New York last month for the Annual Goalkeeper Conference. Fill us in on that.

I was invited by the Bill and Melinda Gates Foundation as a session panellist moderated by Melinda Gates. I got the chance to meet Bill Gates, Ed Sheeran, Graca Machel, and others. They approached me because of my influence with the King Kaka Sanitary Bank Campaign. It was both an honour and a good opportunity, not only for me, but also for the campaign and the girls I am able to keep in school.

On that note, tell us more about the campaign.

I started it eight months ago after I visited Turkana. I saw a girl sitting on sand because she was on her menses and that affected me. I asked myself what I could do to lobby or start a foundation as an influential person. We had our first self-funded donation in Machakos as soon as I was back. Since then, we have benefited 10,300 girls who will be in school for a year. We mentor boys as well. Our target is rural schools because we want them to feel privileged. Our first phase, which will end in January of 2019, was researching on the different demographics. The second phase will start soon after and will involve mass distribution.

While in New York, you were interviewed on Hot 97, one of America’s biggest radio stations. Could you describe your feelings then?

I actually had no idea because after the interview, I just posted a photo on social media and went ahead with my day’s activities. My phone was buzzing when I looked at it six hours later. Only then did I realise that this was a big interview, which I actually did with American actor and comedian Tracy Morgan. We have a song together. I was the first East African to be interviewed at the radio station which has also hosted T-Pain, T.I. and Jay-Z.

Your latest song “Dundaing” was banned on YouTube for 24 hours. Could you give us more information on why that happened?

The Kenya Film Classification Board waved a red light as soon as it was uploaded and said I needed to put it on private or they would pull it down. I didn’t see the indecency in the video, but I put it on private anyway, until they called the following day and said that everything was okay. That’s when it went back up.

What should we expect from your new album “Eastlando Royalty”? How different is it from Legend of Kaka?

The album shows where I am from, where I am and where I am headed. It describes not only my journey, but others’ with the ‘Eastlando’ state of mind who I have inspired. I want to tell them that they are also royalty. I have crossed different borders with the new album because I have collaborations with internationals like Tracy Morgan, Talib Kweli and Romain Virgo, as with great Kenyan artistes like Nadra, Nameless, Steph Kapela, Kristoff and H-Art the Band.

There will be 18 songs on the physical album and 22 on the digital one. I recorded 40 songs in total for the album, but I had to choose which ones would go on the album. I will probably make a mixtape with the rest. I’ve also worked with producers like Magix Enga, Musyoka, Provoke, Rico Beats and Jack Jack on the Beat.

Could you expound on the ‘Eastlando’ state of mind you talked about?

The album is not literally for the Eastlando people in Nairobi. What I meant is that Eastlando to me is being in a tough time, and truth be told, there is an Eastlando area everywhere; in Naivasha and even Tanzania. The album is to tell someone going through this tough time that they can become royal as long as they focus on their goal. Royal is getting out of that tough situation and achieving whatever you want to. I do not look at Eastlando with the crime and poverty mentality but as an opportunity, and that’s what I teach others.

How did you get Tracy Morgan on the album?

(Laughs). I actually reached out to him through a mutual friend. I had recorded the song prior to that, and he loved it when I sent it to him. He recorded his part soon after, sent it to me, and we were able to mix it. We recorded the music video while I was in New York. I’ll release it as soon as “Dundaing” stops Sumbuaing. (Laughs). The mutual friend is Jorma Taccone, my friend of eight years whom we recorded a song with a while back. Jorma introduced me to Paul Rosenberg, who asked if I wanted to do an interview on radio. Little did I know it was to be on Hot 97.

Did you come back with the chains he made you wear during the interview?

No. Watu wa Eastlando Walininyonga. (Laughs). But he’s making customised ones for me. We have plans aligned for next year for both our brands. I am looking forward to it.

Quoting from a previous interview, ‘Come to think of it, seems like the name change did him a huge disservice too. He was a beast back when he was Rabbit but when he switched to King Kaka, all his powers somehow faded’, what do you have to say?

Rabbit had different content and a narrower audience compared to King Kaka today. Rabbit has the depth in his writing skills, but if we’re honest, it’s still a fight with the commercial side of airplay that King Kaka has. “Mistarillionaire” would never get the same airplay as “Dundaing”. Labels would even send you back to the studio because of lack of a commercial track or tracks despite how good it is. It’s all business.

Do you then decide to have a number of commercial and in-depth tracks on your albums?

Definitely. The album has songs by both King Kaka and Rabbit. Commercial tracks get more viewership, which is what King Kaka does. He puts food on the table. At the same time, I have a fan base that needs Rabbit.

As an artiste, can you depend on the Music Copyright Society of Kenya, MCSK?

Not at all. Honestly, I haven’t been paid in a year yet they are still collecting royalties. Yes, I have received good pay-cheques from them, but they don’t add up. There should be more. The state of the music industry needs to change.

What’s the 5-year plan for the King Kaka brand?

I plan as I move, but the main agenda remains growth. When people plan on their new years’ resolutions, I make a growth plan.

What do you think of Vera’s song “Nalia”?

Honestly, I have not heard it. I have blocked my ears from everything since I started recording this new album in June.